This past 8-9 August, 2019, thousands came together to walk in solidarity with child and adolescent victims of sexual violence. They called for an end to the sexual violence in Bolivia. Equality Now was there with them.

Just a few months earlier in February, Equality Now supported several of these young people to share their stories with the Inter-American Commission on Human Rights (IACHR). It was a very emotional time and for several, it was the first time they had the opportunity to share their experiences “for good” where they might be used to spur change for others. They had another opportunity in May to urge the Commission to take action. To witness how these young victims have grown into fierce advocates to end sexual violence against children and adolescents in Bolivia was nothing short of inspiring!

The Women of Justice Awards 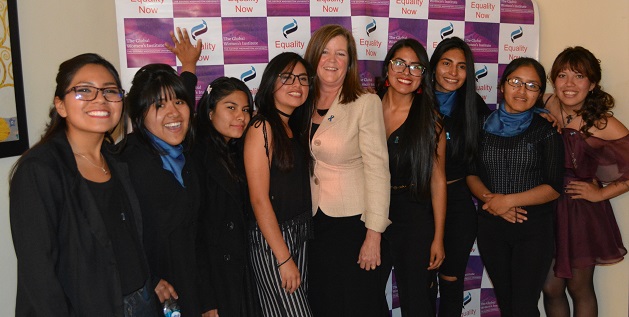 On August 8th Equality Now presented the Women of Justice Awards, recognizing the courageous women and organizations that work tirelessly to end sexual violence against children and adolescents in Bolivia. This is the third year that Equality Now, together with the Global Women’s Institute, has presented these awards. The 2019 honorees are:

NNAs-COVISE organized an excellent event which was well attended by the public, police, human rights institutions of the Bolivian government. It took place at the Gran Hotel Cochabamba, which graciously donated the space. The program included a powerful original dramatic piece created by young people, about a young victim breaking her silence of sexual violence, with classical music performed by one of the top groups in Bolivia.

The walk to raise awareness of the country’s high levels of sexual violence against children was entirely organized this year by NNAs-COVISE and it was amazing! The turnout was so large they had to expand the route to accommodate all the walkers. These young survivors told their government they want justice and they want it now - they were breaking their silence around sexual violence! 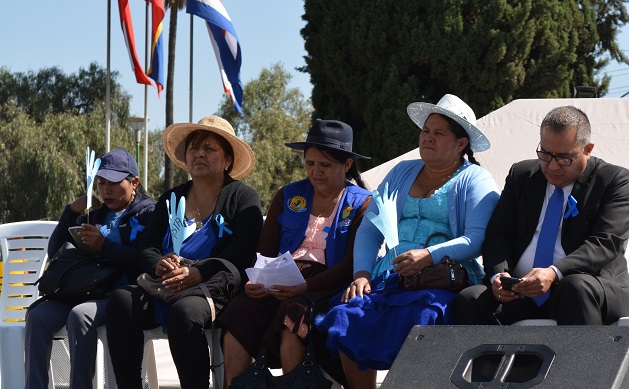 The walk included thousands of participants, from service providers, organizations, schools, to law enforcement and members of the government – all walking in solidarity with survivors of sexual violence and calling for an end to the violence: No más violencia sexual! Despite efforts by the government to prevent young people from speaking out and sharing their stories, these survivors refused to be silent and spoke truth to power.

The Network also worked with popular artists, who not only came out to support the event but performed original songs calling for an end to the sexual violence, written specifically for the Walk.

These young survivor advocates were not just a storm but a tsunami!

The walk, which began in 2006 as a dream (Spanish) Brisa had that survivors of sexual assault need not stand alone, has grown dramatically. The constant and growing voices from survivors of sexual assault around the need for changes in the law and removal of the barriers that prevent access to justice is timely and important. Brisa’s case, which reflects and amplifies many of the issues victims still face today, is before the IACHR. Bolivia has the opportunity to stand in solidarity with victims of sexual violence and make the necessary changes in law and policy to ensure sexual violence against children and adolescents is addressed and that victims have access to justice.

>> Learn more about sexual violence in Bolivia and what you can do.

Activists working at the intersections of gender and caste have...

A culture of silence too often surrounds gender-based violence and...