Like many in India’s marginalized communities, Savitri* and her husband Parshu work as labourers in the informal sector, where employment is badly paid, insecure, and often involves toiling long hours in exploitative and unsafe conditions.

Parshu borrowed money from a man called Aman but struggled to keep up with the repayments. One day Aman, who was from a dominant caste, came to collect money and when Parshu asked for more time, Aman began beating him. Later that evening he returned with a family member and the pair shouted caste-based slurs at Parshu and Savitri. The couple telephoned the police asking for help, but nobody came.

Aman brought 20 more people to attack Savitri and Parshu in their home. The mob cut off the electricity to the house and under cover of darkness, they beat Parshu and his brother. As for Savitri, they battered her with punches, clubs and sticks, they tore her clothes, and they raped her.

Upon hearing the dreadful noise, neighbours rushed to the family’s rescue and the assailants fled. However, before leaving, they threatened Savitri and Parshu that if they reported the attack to the police they would be killed. Traumatized by their experience and in fear of reprisals, the couple did not make a police complaint. Instead, they went to the hospital to obtain treatment and asked for a forensic medical examination to be done in secret but hospital staff refused to examine them because no police complaint had been filed. Savitri’s injuries were so severe that she spent a week in hospital recuperating. Meanwhile, Aman continued his campaign of harassment, breaking Parshu’s leg by running him over with a motorbike.

Although it is the legal duty of the police to register a First Information Report (FIR) when criminal allegations are made, the police refused to assist. Instead, he justified the accused’s actions on the basis that Parshu owed Aman money. The police officers shouted abusive slurs at the activists and had them thrown out of the police station.

After further interventions from activists, the police agreed to file a FIR the following day. The backlash in response to the filing of the FIR was swift, with the khap panchayat (unofficial village council) and other members of the community subjecting Savitri and her family to hostility and threats. They were forced to leave their village and their problems were compounded when a false counter-case was filed against them by Aman’s family.

Savitri and Parshu were only allowed to return to their home after they agreed to compromise the case. As the couple no longer felt able to testify, this meant that no further legal action was taken, and the case was closed by the court. Denied access to justice because of prejudice within the police and local community, Savitri and Parshu continue to face antagonism in their village but feel they have no other choice but to endure it as it is the only way they can remain living in their house. 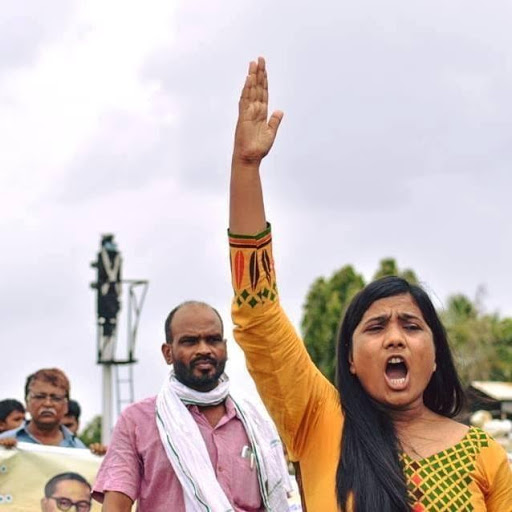