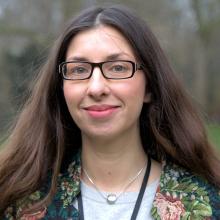 Tara Carey joined Equality Now in November 2016. She is a charity communications specialist with extensive experience in public relations, multimedia production and international development. She has worked with many leading international NGOs and grassroots organizations, and previous roles include Editorial Team Manager at Comic Relief and Media Relations Manager at Farm Africa. The first ten years of her career were spent making programs for British television and her content has featured widely across TV, radio, print and online. Tara holds a Master’s in Global Media and Postnational Communication from the School of Oriental and African Studies (SOAS), and a B.S. in Sociology from Manchester University. She is also a Trustee at YESS, a London-based youth charity.

By shining a spotlight on discrimination and mobilizing people to take a stand against injustice around the world, Tara believes the media can play a vital role in bringing about positive social change for women and girls. Tara’s inspiration is her mother, who built a successful career in advertising during the 1970’s and 1980’s while juggling the demands of being a single parent. At that time there was very little support for working mothers and sexism was rife. She was a great role model for Tara and a trailblazer who helped open the way for women to come.

Outside of the office, Tara is a keen photographer, and enjoys documentaries, travel and spending time with family and friends.