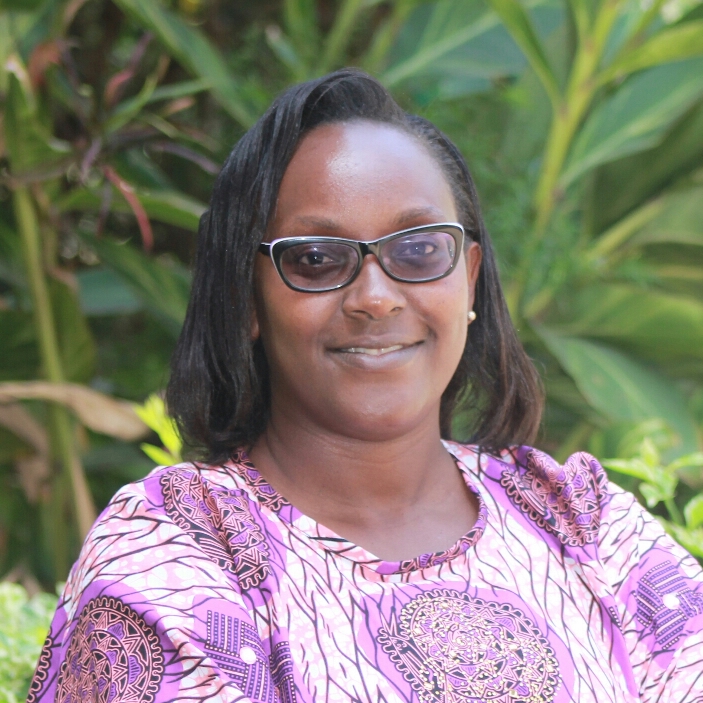 Esther Waweru joined Equality Now in November 2017. For over a decade, she has advocated for human rights and social justice, engaging with both international and regional human rights bodies. She has advocated for women’s and girls’ rights and for other marginalized groups, including ethnic minorities, sexual and gender minorities and people with disabilities. Esther is a lawyer and previously worked in a private law firm, the Kenya Human Rights Commission (KHRC) and the Center for Reproductive Rights (CRR). She holds a Master of Arts Degree in International Studies from the University of Nairobi, a Bachelor of Laws Degree from Moi University and a Post-Graduate Diploma in Law from the Kenya School of Law.

Esther aspires to see fully empowered girls and women living in a society that recognizes that their rights cannot be ignored or relegated to the back seat. Her favorite quote is : “Do not withhold good from those to whom it is due when it is in your power to act.”

Outside the office, Esther enjoys listening to music, traveling and sharing stories with friends and family.