Sisters Vanessa and Laura Marano aren’t your typical Hollywood stars. They’re feisty, driven, and passionate about women’s rights. Together with their mother, former actress Ellen Marano, they are determined to get people talking about gender equality.

As part of our #HopeLivesInEveryName campaign with Hulu’s The Handmaid’s Tale, Vanessa, Laura and Ellen spoke to us about the changing face of feminism in the film industry, and how their next project is set to tackle some difficult but important issues.

Anyone watching the latest series of Hulu’s The Handmaid’s Tale will know that one of the major themes it explores is the ‘mother-daughter’ relationship.

Elisabeth Moss’ character, June, had a fractious relationship with her own mother, whose strong, feminist views June was ambivalent about. In contrast, many viewers will relate to the sense of all-consuming love June feels for her own daughter.

Two women who know the ups and downs of the mother-daughter relationship better than most are Vanessa and Laura Marano. They have worked with their mother, Ellen Marano, from a young age, in her role as manager of both of their successful acting careers.

“All mothers and daughters have a unique relationship, but ours is even more unusual, because of the business aspect of our mom as our manager,” says Laura. “We’re very close.”

“Of course, we do disagree sometimes and we do have arguments,” adds Vanessa. “But once you push past that, there is always mutual respect between us. I think that’s important - I have respect for my mother not just as a mother, but as a woman and as a person.”

Indeed, there is much about Ellen Marano that inspires respect. A former actress turned acting coach, she began her career in the 80s and 90s with roles on several popular TV shows, including Dynasty and Magnum P.I., and is now the owner of a successful children’s theatre company.

Ellen’s relationship with her own mother has had a big influence on how she has raised Vanessa and Laura.

“My mom was raised by her grandparents,” explains Ellen. “She was very intelligent, she wanted to become a doctor or a research scientist, but her grandmother said no. It was, ‘absolutely not, a woman doesn’t do that, she doesn’t leave the home’, you know? It was still a time when ‘feminism’ meant ‘lesbians burning bras’ - a woman’s place was just to bear children and to work in the home.”

“Because my grandmother felt so strongly about women’s rights, and women being educated and being able to work, that’s how she raised my mother, and that has also bled into me and my sister,” says Vanessa. 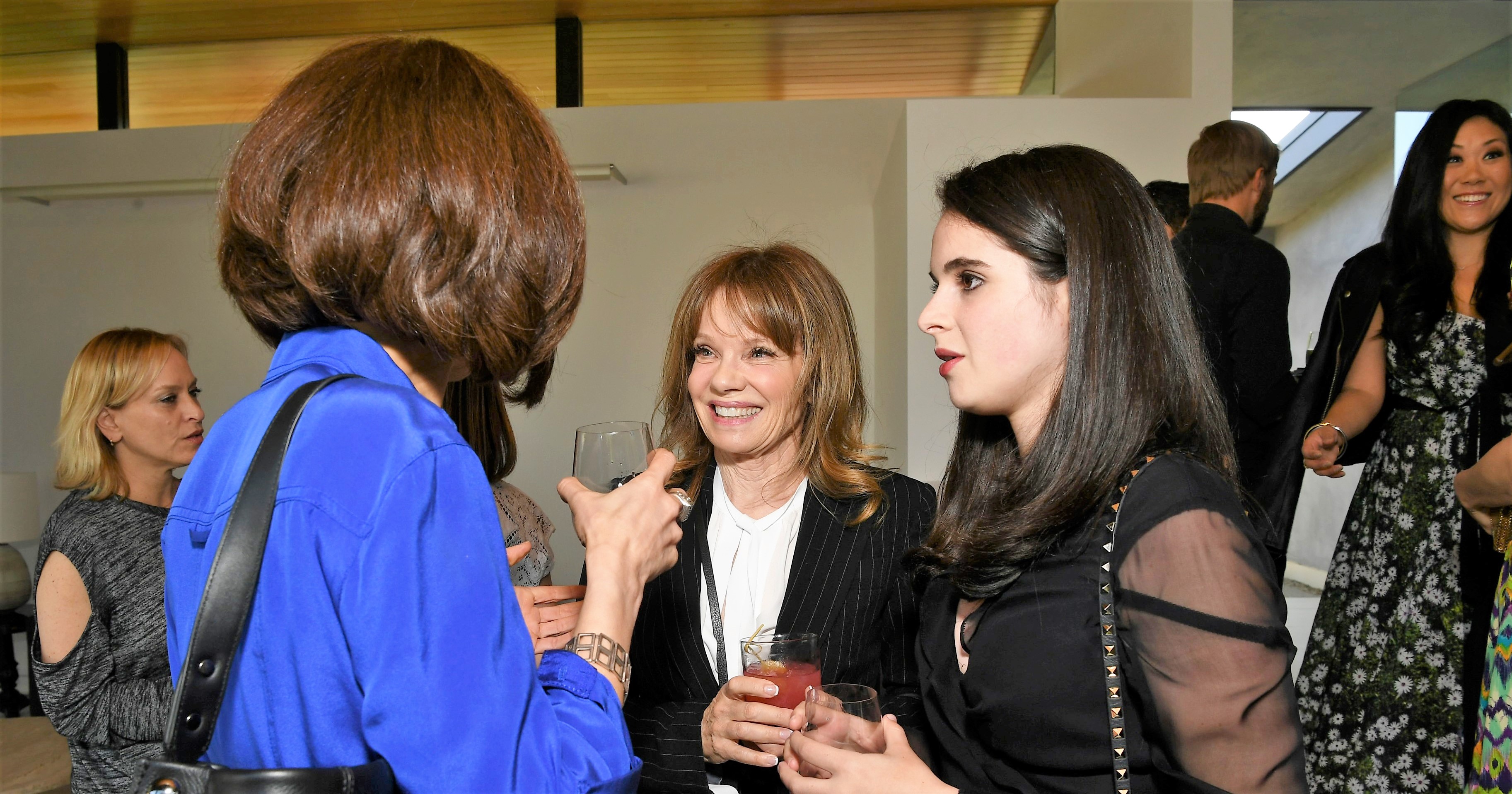 Recent revelations about the extent of gender inequality and sexual violation of women by male producers and executives have rocked the LA film and TV industry. With experience spanning two generations, Ellen, Vanessa and Laura have a unique insight into the changing face of feminism in Hollywood, and the effect of the #MeToo movement.

“When I first started acting and working in production, there were very few women in the industry,” says Ellen. “I definitely did face sexual harassment all through my twenties, on almost every job, except for one person.”

“Only one man who didn’t sexually harass her!” says Vanessa. “He was a gentleman, and treated her with respect. And why was that? He was the same generation, he came from the same situation but he never crossed that line.

“It’s really interesting that my sister and I, obviously we face misogyny, but we’ve been really lucky because we have not faced sexual harassment. It’s partly because we’ve ended up working with a lot of women in positions of power - network executives, showrunners, directors, which of course contributes to that not happening.”

“We’ve been lucky that the male producers we’ve encountered have been the good guys,” says Laura. “My mom found that good guys were the exception to the rule - maybe two or three per cent were like that but 97 per cent were not.”

“We shouldn’t forget how far we’ve come, although there’s still a way to go,” says Ellen.

The Maranos’ latest film project, a co-production between the three of them, starring Vanessa and Laura in leading roles, is an adaptation of the YA novel Saving Zoe, about a young girl who has been involved in sex trafficking.

“It was really important for us to paint a picture about how sex trafficking can happen to anyone, because it’s not something that’s talked about,” says Vanessa. “We want to inspire a young audience to make a difference and to do something about these issues.”

It may seem like a surprisingly adult theme for a film aimed at such a young audience. However, the Maranos strongly believe that teens should not be underestimated. 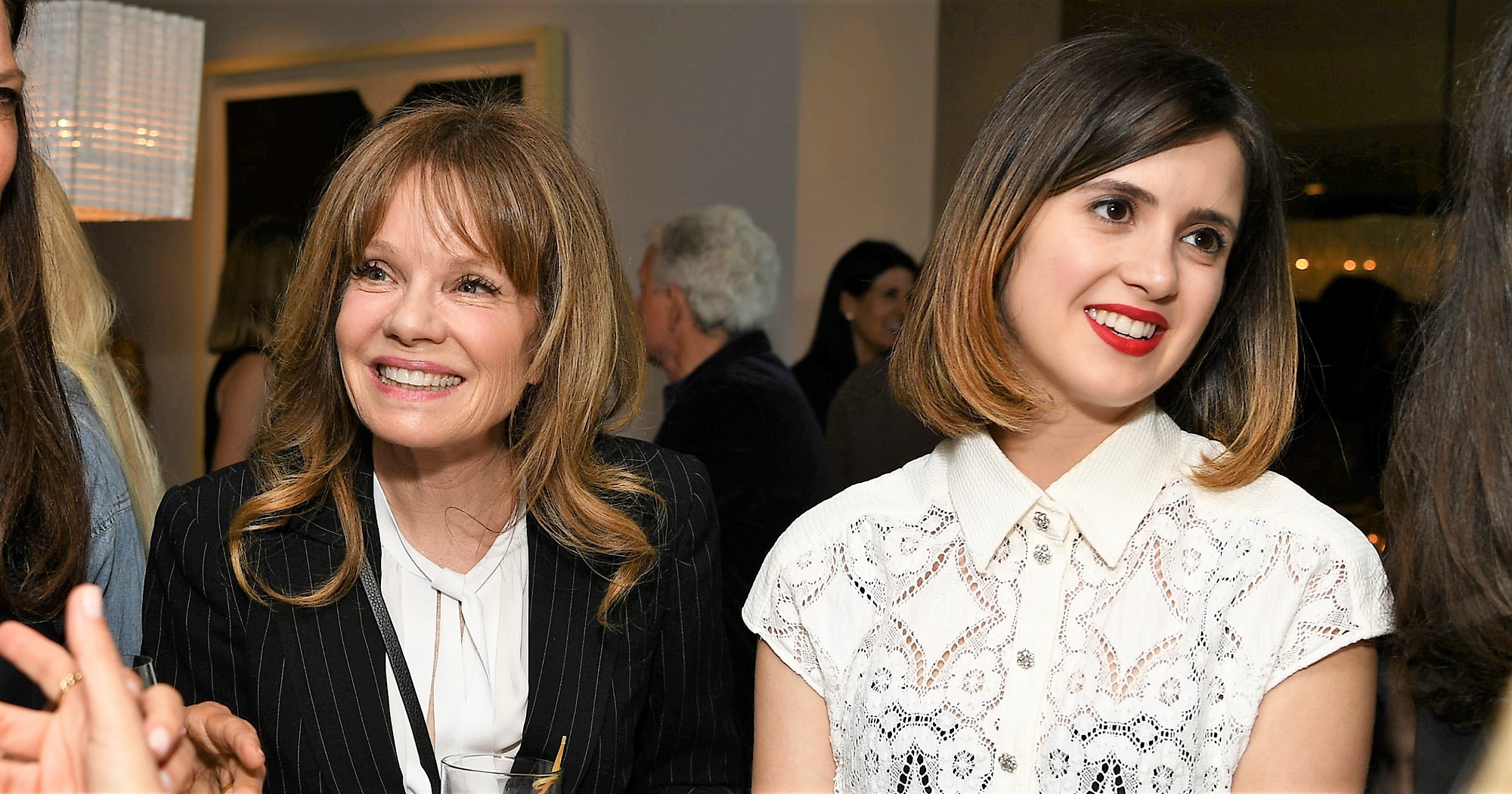 “We wanted to gear it towards a younger audience, because it seems that it’s them who are paying attention - they want to hear about the hard subjects,” says Vanessa. “Look at what the kids did at Parkland high school, and how progressive they’ve been, how vocal they’ve been, making a movement about the issue of guns. This is a generation right now that is screaming for information, that is screaming for change.”

“People do not want to talk about things like sex trafficking - they are very fearful about it,” says Ellen. “Denial is very powerful, so one reason to do this film was for us to stop denying what’s going on. That’s why telling these stories is so important - just as the producers of The Handmaid’s Tale have done with the Hulu series, and of course Margaret Atwood, who wrote the book so many years ago.”

“What women now have to do is to support the sisterhood, instead of dividing each other up, and putting each other down, and being competitive,” says Ellen. “It’s not healthy - we all have to work together in order to make it a better world for everyone.”

“For the first time ever, it feels that women are listening to each other,” says Laura. “They are saying ‘I believe you, I want to hear your story, I am here for you.’”

Equality Now will be releasing a PSA on 20 June in partnership with Season 2 of Hulu’s The Handmaid’s Tale.