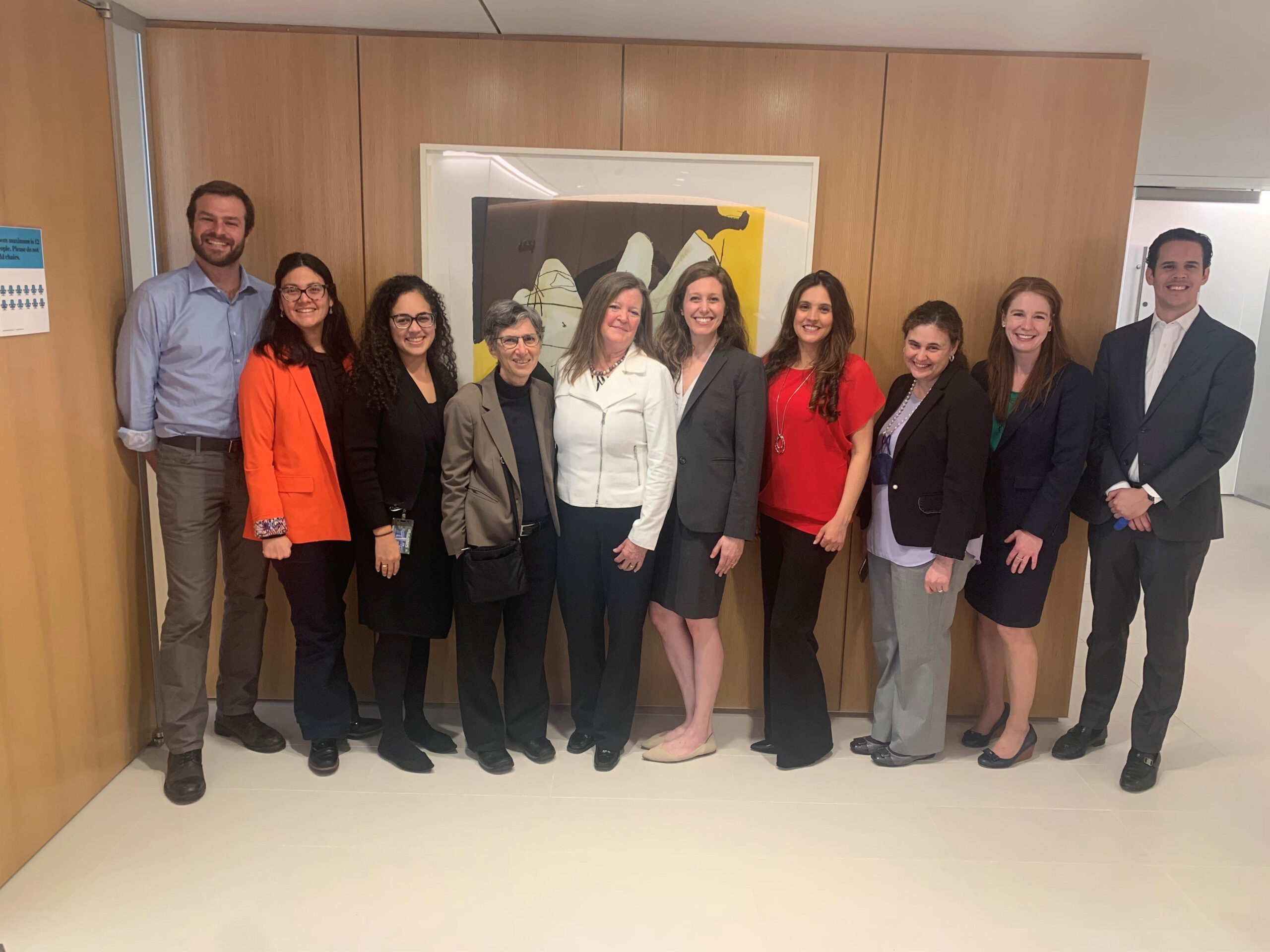 On January 19, 2023, more than 20 years since she was first raped by her adult cousin when she was 15, and 13  years since she first presented her case against Bolivia to the Inter-American Commission on Human Rights, with the judgment from the Inter-American Court of Human Rights (IACtHR), Brisa De Angulo finally has received a level of justice that could potentially prevent other girls and adolescents from suffering similar discrimination at the hands of the criminal justice system itself.

It shouldn’t take so long for a survivor to be heard, but it often does (if they are heard at all). Brisa endured three trials in Bolivia without her aggressor being brought to justice, in which she was victim-blamed, discriminated against, and forced to relive her trauma over and over again. But she and her family persevered. When Equality Now joined her fight for justice in 2014, we knew it would take a long time – the wheels of international justice move slowly – but we also knew that the case was important, and that its impact would go far beyond Brisa and her family.

From the three awful trials in Bolivia, to filing her case with the Inter-American Commission in 2010, hearings with the Commission, numerous submissions on Bolivia by Equality Now and partners to regional and international bodies, to the case being referred to the Court in 202o, and Brisa and other witnesses and experts finally getting a chance to testify almost two years later in March 2022, it has been a long road. When the case reached the IACtHR, it had the support of legal experts from around the hemisphere. In addition to Brisa and Equality Now lawyer and Latin American Regional Representative, Barbara Jimenez-Santiago, co-litigants included Parker Palmer, Carmen Arispe of the Breeze of Hope Foundation, Jinky Irusta of the Oficina Jurídica para la Mujer, Beth Stephens of Rutgers University, Rosa Celorio, Shelby Quast, and Hughes Hubbard lawyers Elizabeth Solander, Diego Duran, Alyssa Johnson, Shayda Vance, and Alexander Bedrosyan. Experts from regional and international bodies testified during the hearing, and following the hearing, several organizations submitted amicus briefs on behalf of Brisa. Now, at last, there is clarity, and a way forward for real change in Bolivia and the region.

What Bolivia must do now

What action did we demand from the Government of Bolivia to end sexual violence?

At the Inter-American Court hearing in March 2022, together with Brisa and the rest of her legal team, we asked the Court to demand that the government act to end sexual violence, including through:

Development of up-to-date and high-quality professionals and services

What the Inter-American Court has ruled Bolivia must do

At Equality Now, we know that ending sexual violence requires better laws and better implementation, and that both of these must be approached in a way that accounts for survivors’ different intersecting identities. We were pleased to see that the Court’s decision is progressive and intersectional in its analysis, and orders Bolivia to make changes in both laws and implementation through three specific protocols. In addition to requiring a public acknowledgement that the State of Bolivia violated Brisa’s rights and subjected her to cruel, inhumane, and degrading treatment from the judicial personnel, the Court has ordered the State of Bolivia to, among other measures:

Enact specific legal changes so that:

Improve implementation and prevention through new or adapted protocols and training, including:

Why does this case matter?

Strategic litigation: the far-reaching impact of a single case

Because cases at the Inter-American Court and other regional legal bodies are brought against governments rather than individuals, the rulings in these cases impact not just the individual survivor, but have application in the country as a whole. And because the rulings establish standards at a regional level, advocates in other countries in the jurisdiction can use the legal principles and arguments in the ruling to push their own governments to make needed changes in laws and practices.

Bolivia has the highest rates of sexual violence in Latin America, with 70% of women reporting that they have experienced physical or sexual abuse in their lifetime. And, as our Failure to Protect report shows, Bolivia is not alone in the Americas region in failing to adequately prevent or address sexual violence. Bárbara Jiménez-Santiago said “This is the first case in which the Court established measures for a country to implement and advance access to justice for girls and adolescents, and for children in general.”

In addition to drawing on jurisprudence in the Americas region, the sentence makes reference to past cases in Europe and Asia as well. Thanks to this international legal lens, we expect that advocates in other parts of the world will use the principles and arguments in this case to achieve similar needed changes. Equality Now’s Regional Representative for Eurasia, Tamar Dekanosidze, said “I’m excited for a very strong judgment and feminist analysis, which we can advocate with the European Court of Human Rights to adopt.”

Being heard can be healing

We know from seeing survivors testify in other cases, and in hearings before the Inter-American Commission, the experience of sharing their stories in a space where they are truly heard, and know that what they are sharing will have an impact, can be extremely powerful and empowering for survivors. Brisa has been a force for change for years already: she became a lawyer and started an organization to support child and adolescent survivors of sexual violence.

She says “I have dedicated my life to advocating for survivors of sexual violence and reforming the legal system so that it holds perpetrators accountable rather than revictimizing survivors.” Now that this ruling has been issued, she and activist survivors like her, as well as all their allies, have two powerful tools to aid them in their work: the legal impact of the ruling itself, and the strength and hope that come with knowing they have been truly heard.

Learn more about sexual violence in Bolivia and across the Americas in our report, Failure to Protect