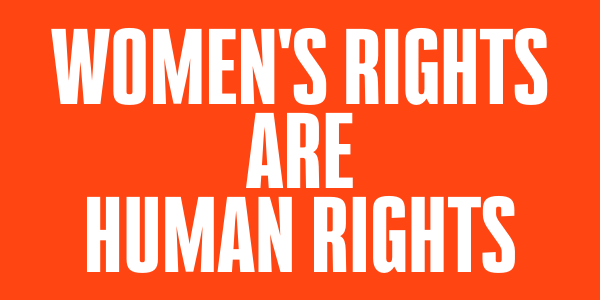 We live in a world where gender equality is still an aspiration. Until we make equality a reality, March 8 is a day to call for action to end the discrimination that women and girls face around the world.

On March 8, the world marks International Women’s Day. The day has existed for over a century. It brings together people and organizations around the world to celebrate the success of women while demanding more be done to achieve enduring equality.

Over 100 years ago, in 1911, International Women’s Day was marked by over a million people in Austria, Denmark, Germany, and Switzerland, demanding women’s right to vote, to hold public office and against employment discrimination.

Fast forward to 1995, governments from around the world agreed on a comprehensive plan to achieve global legal equality, known as the Beijing Platform for Action. They pledged to remove explicitly sex discriminatory laws from their statutes. Ever since then, Equality Now and our partners have called on States to fulfill their promise.

Wrong. As yet, nearly all States have failed. There are still hundreds, if not thousands, of sex discriminatory laws still in place affecting the lives of women and girls and their families every day.

Governments too often defer to religion or custom when it comes to family laws covering marriage, divorce, property rights, inheritance, custody, and guardianship. In Tanzania, despite a constitution that promises equality and a court ruling upholding it, the government defends a lower minimum age of marriage for girls than boys (15 compared to 18) on the basis that it reflects cultural practices in the country.

Freedom of religion or custom should never supersede the right to equality.

For example, Article 123 of Lebanon’s Personal Status Law of the Catholic Sects, has strict definitions of roles within the family:

Breastfeeding concerns the mother. The other rights and duties of the parental authority are, in principle, confined to the father.

Article 125 further provides that a mother loses custody of her child for reasons such as divorce or remarriage that do not also apply to the father. Laws that give preferential right of custody or guardianship over children to the father over the mother discriminate against women and are based on a sex stereotype that views men as superior to women. These laws also limit a mother’s ability to make decisions about the upbringing of her own child.

Until women are equal in the family, we need International Women’s Day.

Our latest Words & Deeds report highlights discrimination in the law in over 50 countries around the world from Afghanistan to Zambia. Governments must protect women’s and girl’s rights in all spaces and relationships, public or private, married or not.

When laws are unfair – when they discriminate on the basis of sex – inequality and violence against women are legitimized and become endemic. Since 1911, there has been huge progress, from the right to vote to the recognition of domestic violence in law in many countries. There is still far to go to achieve equality in the family and across society, but together we can make equality a reality.