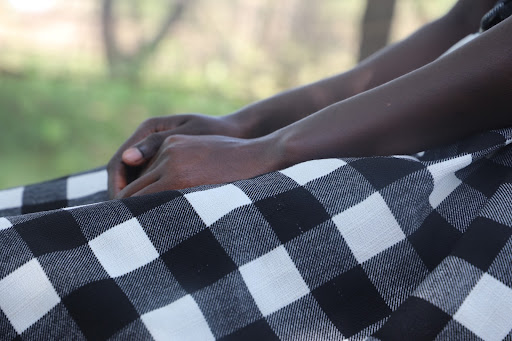 In Malawi, one in every five women girls is at risk of sexual violence and abuse and 42% of girls experience physical violence before their 18th birthday. One particularly prevalent form of violence and abuse is trafficking for sexual exploitation (sex trafficking). Research reports reveal that in identified hotspots, there are between 500 to 1,500 women and children trafficked within Malawi annually, with at least 30% of those aged between 14 and 18 years.

A failure of implementation

Strong laws are the first line of defense against sexual exploitation, but strong implementation is equally critical in ensuring protection for women and girls. In Malawi, few perpetrators of sex trafficking are held to account for their violations highlighting the gap between the law and implementation with regard to this violation.

The justice system in Malawi is failing survivors of sexual exploitation and trafficking. Law enforcement is failing to investigate or prosecute cases properly, if at all.  In 2021 for example, Malawi did not report investigating any sex trafficking crimes with most of the cases reported relating to trafficking for labor exploitation. When the few cases that make it get into the court system, survivors face numerous adjournments and delays, essentially denying them justice.

Together with our partner, People Serving Girls at Risk (PSGR), we’ve been attempting to support Maggie*, a survivor of sex trafficking as a minor, to access justice since 2018. Her case demonstrates numerous failures of law enforcement and the judicial system. Following our research, it is clear that the justice system in Malawi is failing to fulfill its statutory and international law obligations, including the African Charter on the Rights and Welfare of the Child.

In marking the Day of the African Child today, we have filed a communication at the African Committee of Experts on the Rights and Welfare of the Child against the government of Malawi for its failure to protect its women and girls from sexual exploitation.  We hope that the Committee will make recommendations to the government of Malawi that will ensure justice for Maggie and other women and girls who have been trafficked for sexual exploitation.

The wider problem of trafficking for sexual exploitation in Malawi

Maggie’s case is emblematic of a wider issue with Malawi’s response to sex trafficking. Malawi is a source, destination, and transit country. Women and girls are trafficked from Malawi to the broader Southern Africa region and to parts of Europe and the Middle East. It is also a destination country for women and girls trafficked from other African countries such as Mozambique, Tanzania, and Zambia.

Traffickers capitalize on the vulnerabilities created by poverty, minimal education levels, unemployment, and a general lack of economic opportunities. They often lure their victims by promising employment and education opportunities. Within Malawi, sexually exploited girls and women may be made to work at local bars and rest houses where they are coerced to have sex with customers. Women and girls may also be trafficked by truck drivers along major truck routes who promise them jobs, marriage, and education but the end destination for them is not employment but a life of sexual abuse and exploitation. Such criminal activity generates high profits for perpetrators and comes with a low risk of being prosecuted.

What action does the Government of Malawi need to take?

In order to realize their regional and international obligations under the Palermo Protocol and the Maputo Protocol, the government of Malawi should:

Following this filing, we’ll continue working with PSGR and stakeholders across Malawi to improve access to justice for survivors of sexual exploitation. The road to justice can be long, but we won’t give up.

To support access to justice on this Day of the African Child, share this blog with your networks using the hashtag #JusticeForMaggie.