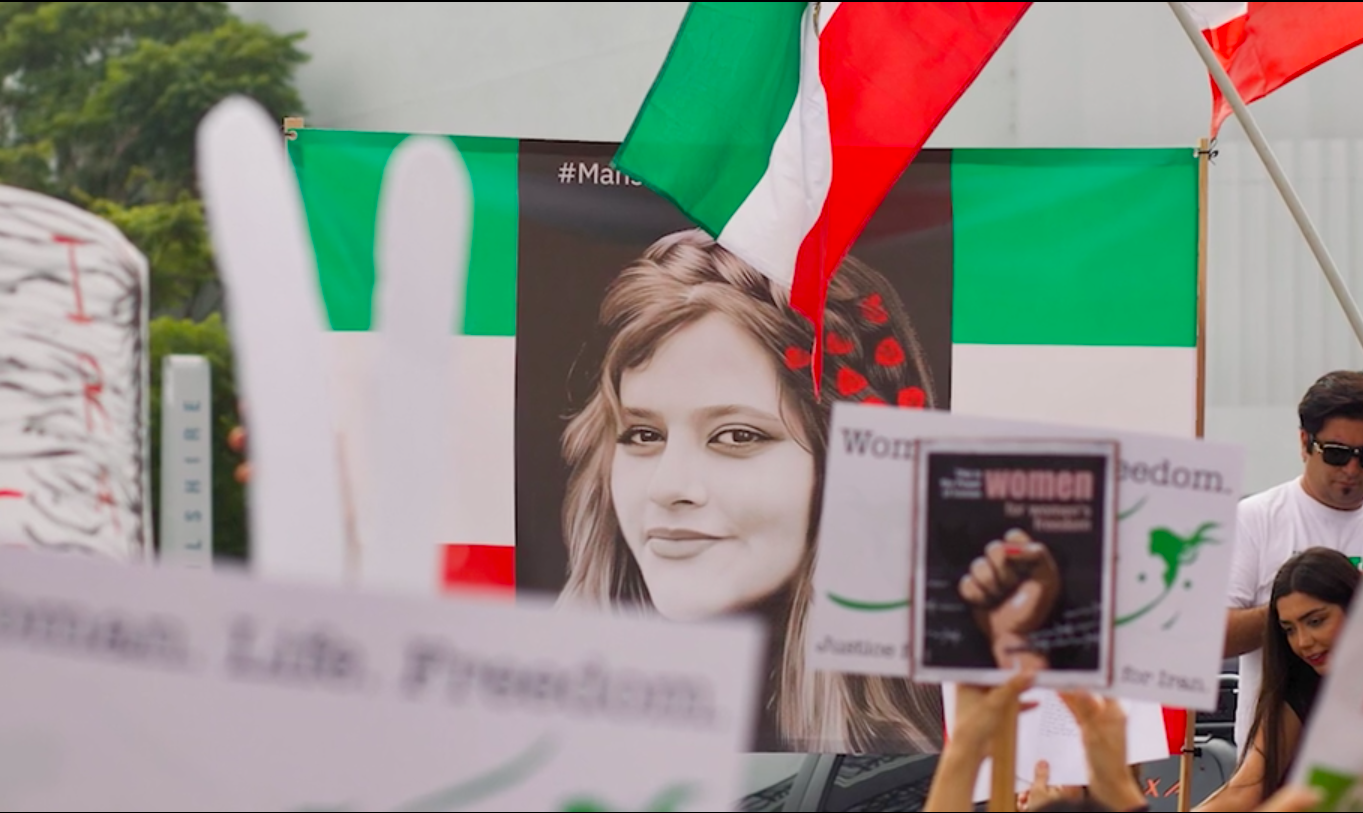 Mahsa (Jina) Amini, a 22 year old woman, died on September 16 whilst in custody of the morality police after she was arrested for not wearing the hijab properly. Her death sparked protests across Iran who demanded “Woman, Life, Freedom”. Women and men in Iran have been calling for accountability in the face of increasing oppression and violence, including rape, killing, arrests, and attacks on detainees.

November, 24th 2022, was momentous as 25 UN member states  passed a resolution to set up an independent, international, fact-finding mission to investigate human rights violations, including sexual violence, following the death of Mahsa Amini and the repression of mass protests that have been taking place in Iran over the past two months. The adoption of the UN Human Rights Council’s (UNHRC) resolution on the “deteriorating situation of human rights in the Islamic Republic of Iran, with respect to women and children,” which also called upon Iran to end all forms of violence and discrimination against women and girls in law and practice, is an essential step towards protecting human rights in Iran and eliminating legal discrimination that put Mahsa Amini and other women at deadly risk.

At the 35th Special Session of the Human Rights Council, Equality Now, in partnership with the Centre for Supporters of Human Rights (CSHR), FEMENA, and International Civil Society Action Network (ICAN), delivered an oral statement supporting the establishment of an independent fact-finding mission and calling for the elimination of the discriminatory laws, policies, and practices that led to the killing of Mahsa Amini while she was in detention.

We noted with concern the crackdown on citizens, including Kurdish and Baluchi citizens, and the increasing number of allegations of sexual harassment and rape of men and women by security forces to quell protests. This and the killings, particularly of youth and ethnic minorities, and the arrests and detention of protestors are a violation of international law, and Iran should be held accountable.

The UNHRC’s resolution demonstrates the importance of keeping Iran as a State Party within the human rights international system to ensure they are accountable for their international obligations to uphold, promote and protect human rights.

The government of Iran should take all necessary measures to stop and prevent extrajudicial killings, other forms of arbitrary deprivation of life, enforced disappearances, sexual and gender-based violence, arbitrary arrests and detentions, and torture and other cruel, inhuman, or degrading treatment or punishment, including against peaceful protesters; end all forms of discrimination and violence against women and girls in public and private life and law and practice and uphold all human rights, including the rights to freedom of opinion, expression, peaceful assembly, association, and religion or belief. Iran has a due diligence obligation to hold perpetrators accountable and prevent such incidents.

While we applaud the adoption of the resolution on this vital fact-finding mission, we emphasize the need for the adoption of a strong gender analysis. A robust gender analysis lens will center on survivors and victims of gender-based violence and discrimination in Iran while stressing the vital role of civil societies in protecting the equal rights of citizens.

Woman, Life, Freedom: A Statement of Solidarity with Women in Iran