Mary Makokha originally worked as a freelance journalist before founding REEP (Rural Education and Economic Enhancement Programme) in 1997 to spearhead the fight against HIV/AIDS and other issues affecting her Butula-Busia community. REEP's mission statement is "to improve the quality of life for marginalized groups in rural communities in Western Kenya"

- What inspires you to do the work you do?

What inspires me is the trust and hope which voiceless people have put in me. I am also inspired by the success we have achieved despite the challenges I face daily. 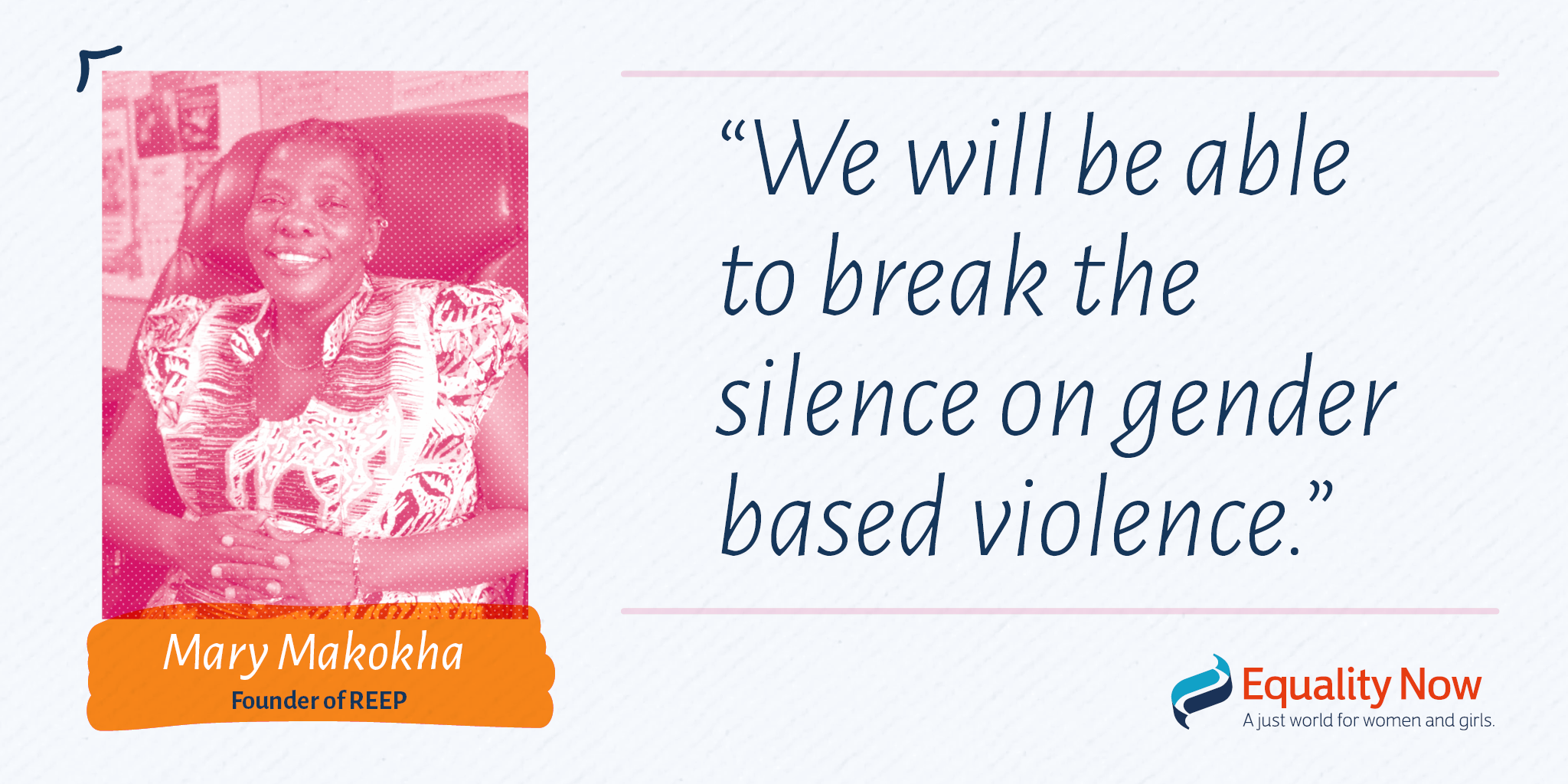 - What was the turning point which made you become an activist?

In 1998 a 7 year old orphan girl was sexually assaulted by a 70 year old grandfather. The community chose to keep silent because the girl’s grandmother was too poor and illiterate to take any legal action. I shouted about the issue and highlighted it with the local media. The perpetrator was arrested but unfortunately he died in police custody. Unfortunately, I was blamed for his death by the community.

The same community also decided to burn the house of the little girl’s grandmother to avenge the death of the perpetrator. Once again I became involved by calling the police to save the girl and her grandmother. Those who planned the arson were arrested. The story got media attention and I talked on local radio and television. Victims and survivors of gender based violence started reporting to me and I was being interviewed by different media houses. That is how I became an activist.

- What is the greatest challenge you face in your work?

The greatest challenge I face in my work is that gender based violence is seen as a normal in my community and even women and girls are socialized to keep silent. This has made my work very hard because in most cases the victims especially women are never willing to speak out for fear of being ostracised.

Law enforcement do not treat gender based violence as a crime especially if it involves a couple. They are told to resolve the issue at home and sometimes this leads to the deaths of women.

- What is your hope for the future?

- What does “activism” mean to you?

For me activism means giving a voice to the voiceless.

- What is one thing others can do to make a change?

Mary has raised her voice to break the silence around gender-based violence in Kenya for 20 years. Answer Mary’s call to create awareness of this issue by sharing her profile on;

Despite strong legislation, victims of sex trafficking in Malawi continue...