Yes, you are right!

Yes, you are right!

Girls are at risk of FGM on every continent except Antarctica! 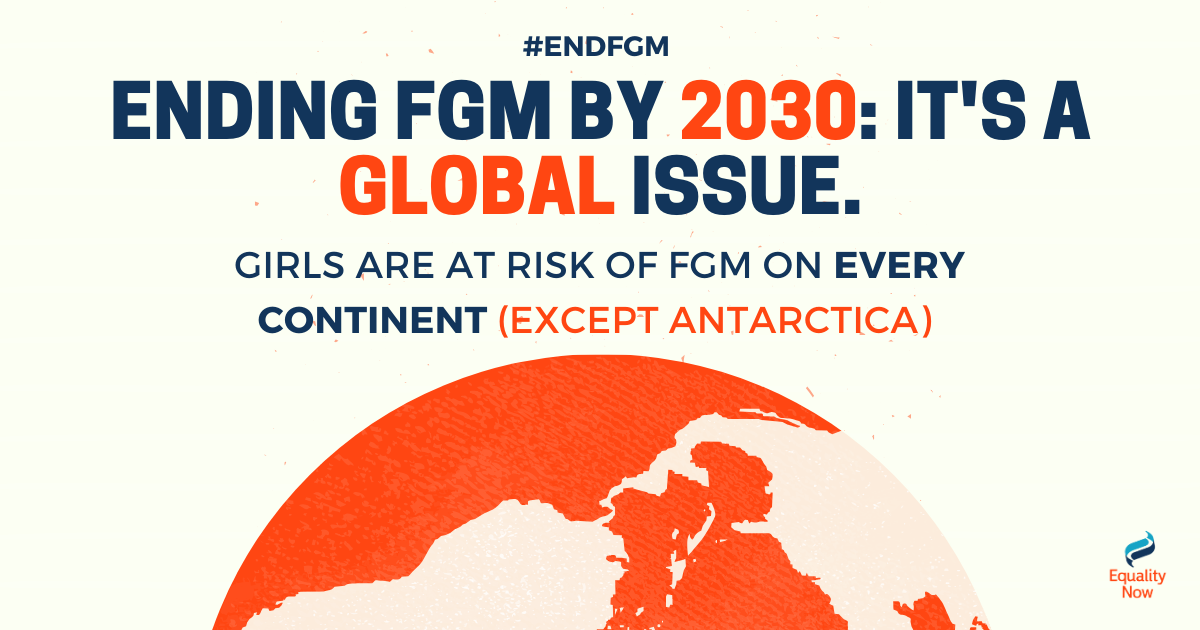 In 2016, UNICEF reported that over 200 million women and girls are currently living with FGM. 193 countries agreed on the Sustainable Development Goals to work to eliminate FGM by 2030. Equality Now has been at the forefront of global efforts to eliminate FGM for over two decades, pushing for laws that protect girls and criminalize the practice, and supporting grassroots activists working to end FGM in their communities.

Countries around the world including Liberia, Mali, Mauritania, and India lack dedicated anti-FGM laws, and 23 US states lack laws protecting women and girls from FGM.