Every October 11th, the world comes together to celebrate the International Day of the Girl Child.

This year, there is much to celebrate, including a legal victory against the government of Sierra Leone that led to the country lifting its discriminatory ban on pregnant girls attending school, Pennsylvania and Minnesota banning child marriage, Massachusetts passing a law criminalizing female genital mutilation, and a potential landmark case highlighting Bolivia’s failure to protect adolescent girls from sexual violence being referred to the Inter-American court after almost 20 years. But the work to protect girls’ rights is far from over.

The world is facing unprecedented challenges. COVID-19 has swept the world, ushering in lockdowns, school closures, and economic turmoil. As existing support systems crumble, girls have become uniquely vulnerable to these devastating impacts. They are facing increased rights violations, including child marriage, female genital mutilation, and sexual violence. Remote learning and increased time online have left many girls at risk of sexual exploitation. In May, UN Women called for action to address rising gender-based violence across the world, describing it as a ‘shadow pandemic’.

According to UNICEF, every 10 minutes - barely the time it takes to read this article - somewhere in the world, an adolescent girl dies as a result of violence.

Not only are adolescent girls specifically targeted for abuse, they often face additional barriers to justice, and in some countries, they are not fully protected by the legal system itself. Many girls lack a support system through which they can protest abuses and attempt to access justice, and with COVID-19 impacting justice systems around the world, they face even more barriers.

We remain committed to holding governments accountable for protecting and promoting the rights of girls throughout this period of turmoil. Throughout the pandemic, as we have done for over 28 years, our staff and partners across the world have been monitoring and responding to violations of girls’ rights, including by amending or repealing discriminatory rape laws. 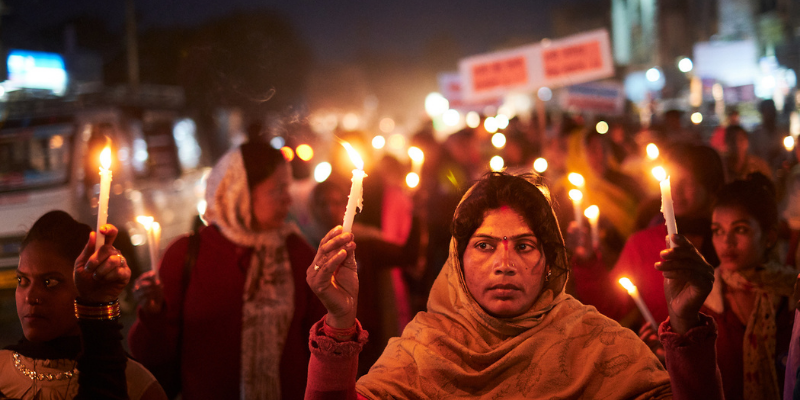 Minority communities around the world face many forms of intersecting discrimination. For example, a spate of attacks on young girls from the Dalit community in Uttar Pradesh India in recent months has once again highlighted the need for action to address the sexual violence perpetrated with virtual impunity across India. Community pressure to drop the case, discriminatory attitudes of police and judicial officers, insufficient legal aid, and discouraging conviction rates are just some of the barriers these girls face when trying to access justice.

We’ve been working with partners to document and analyze the barriers to justice faced by the Dalit survivors of sexual violence in Haryana state, in order to make clear what actions need to be taken to improve access to justice, ensure that authorities take steps to prevent violence and guarantee that all victims are treated equally and fairly under the law. 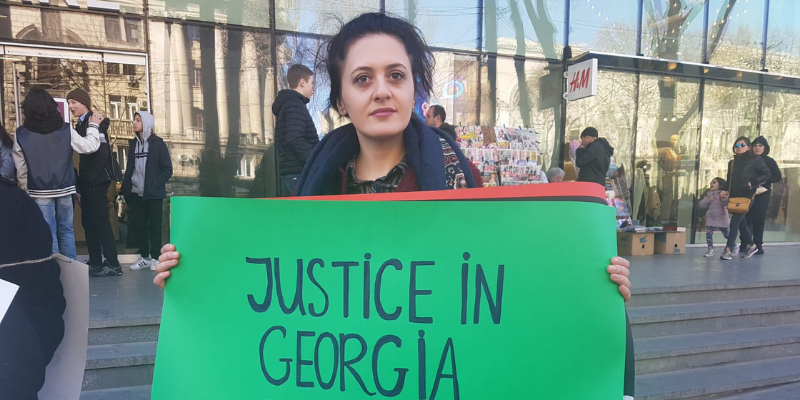 Across Eurasia, sexual violence is widespread too, but there is little recognition of the scale of the problem or understanding of how the justice systems across the region are failing to respond. Adolescent girls are subjected to bride kidnappings, and early or forced marriages in many of the countries in Eurasia. These practices many times lead to the denial of justice for the sexual violence committed following these abuses. Local laws set the marriage age as 18 with some exceptions allowed for marriage at 16. However, couples often live together in unregistered marriages and the authorities only discover the union if the girl seeks medical help if pregnant or when she gives birth. Even in these cases, perpetrators of statutory rape are seldom brought to justice or given adequate sanctions. Indeed, the law in Russia explicitly exempts an adult perpetrator from punishment for statutory rape if he marries the underage girl.  And republics of Russia are allowed to lower the age of marriage even below 16.

Throughout 2020, as COVID-19 has impacted girls across Eurasia, what remains clear across the region is the urgent need for Governments across Eurasia to protect girls from violence and discrimination with strong legal and policy frameworks. Over and above reforming laws to reflect human rights standards, it’s key that the investigators, prosecutors, and judges understand their roles in upholding these standards and protecting the rights of girls. That’s why we’ve been working with UN Women and the Council of Europe to improve the response to sexual violence crimes in Georgia, to ensure that the justice system is equipped to ensure women in Georgia who have been subjected to sexual violence are able to access justice. We are also continuing to work across the region to address gaps in the law that allow sexual violence against girls to continue with virtual impunity. 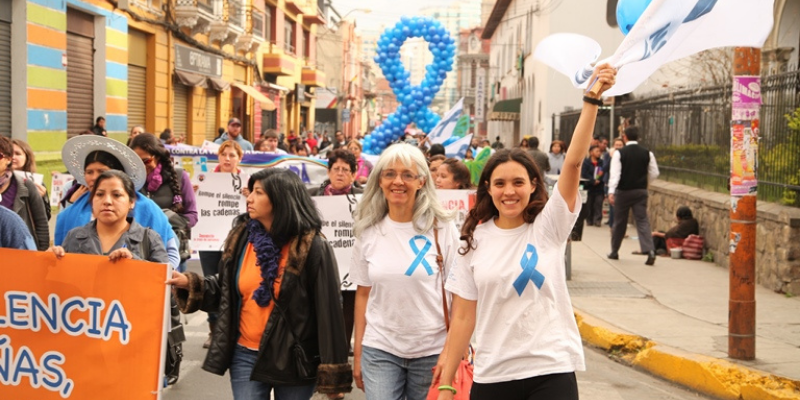 In many countries, discrimination against adolescent girls in sexual violence cases is codified in law. For example, in Bolivia, there is a crime of “having carnal access” to an adolescent by means of seduction or deceit. Known as estupro, it is frequently used to let rapists evade justice.

In contrast to the rape of an adult or a younger child, both of which carry longer possible sentences, punishment for estupro ranges from only three to six years’ imprisonment. Equality Now’s partner in Bolivia, A Breeze of Hope, reports that judges are using their own discretion to reduce charges from rape to the lesser charge of estupro when cases of sexual violence involving adolescent girls come before their courts, even if the evidence points to rape.

Bolivia is not the only country in the Americas to have provisions that are based on victim-blaming and fail to meet international standards. We remain committed to holding governments accountable for protecting and promoting the rights of adolescent girls to live free from violence and were encouraged by the announcement by the Inter-American Commission on Human Rights (IACHR) that it has referred the case of Brisa Liliana de Ángulo Lozada to the Inter-American Court of Human Rights. Brisa, the founder of A Breeze of Hope, did not get justice when she was raped as a teen but hopes that almost 20 years later her case could set a legal precedent in Bolivia and across the Americas. 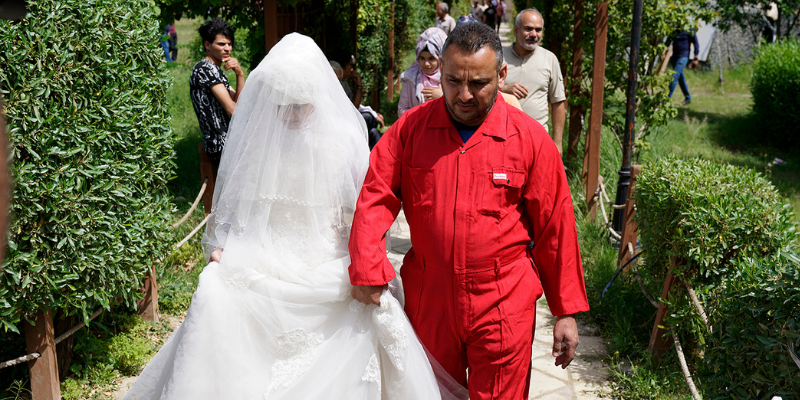 In societies where sexual violence remains taboo, laws that see girls and women as vessels of their families honor rather than human beings with rights often go unchallenged. In recent years, movements in Morocco and Tunisia, for example, have secured the repeal of laws that allowed rapists to escape punishment by marrying the woman or girl they raped. These laws are not only a barrier to justice for women and girls, they actively condone and reward sexual violence. Typical victims of these provisions are adolescent girls who are then at risk of a lifetime of abuse within these marriages.

We’ve been supporting grassroots movements to repeal remaining ‘marry-your-rapist’ laws across the Middle East and North Africa, and continue to highlight their existence in our Words and Deeds report highlighting sex discriminatory laws across the world, including in Kuwait and Libya.

From India to the United States, from Uzbekistan to Bolivia, girls continue to face sexual violence without access to justice. Many fear reprisals for coming forward or are not aware of the rights that they have as survivors of assault. This International Day of the Girl Child, join Equality Now to commit to ending sexual violence, ending impunity for rapists, and ending the stigma that survivors of sexual violence experience.

If you want to be the first to hear about upcoming Equality Now reports and publications around ending sexual violence through the law sign up here.

In December 2019, the Economic Community of West African States (ECOWAS)...