How can youth end FGM?

Ahead of International Day of Zero Tolerance for Female Genital Mutilation (FGM) on February 6th, we spoke to young activists from across the global movement to end FGM.

Aarefa Johari is the co-founder of Sahiyo, a transnational organization working to end FGM/C in Asian communities. Based in India, she told us:

"The world has been raising awareness about FGC for the past three decades. We are now in 2020 and we have finally recognized that FGC is not just an African problem, but a global one. We no longer have time to lose. The lives and bodies of millions are at risk, and it is now our moral responsibility to eliminate FGC as soon as possible.

"The future of the movement against FGC rests on the shoulders of the young, who are the ones in a position to say "No" to the cut. They are the ones who can choose to end the cycle of violence!" 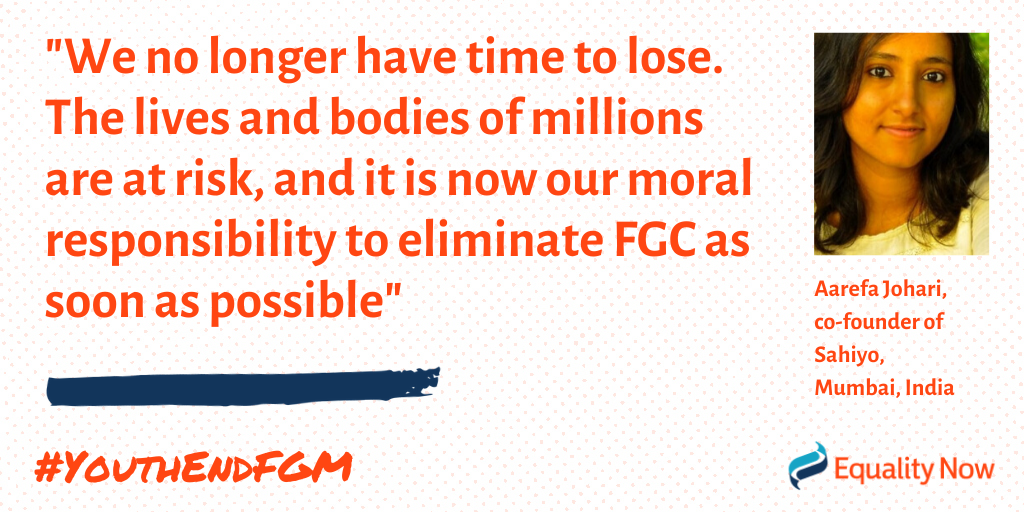 Esther Lankeu, a Kenyan survivor and anti-FGM activist is committed ending the practice:

"As a survivor of FGM who has lived with the consequences of the cut, I will not allow my daughters to go through it and will keep using my experiences to advocate against this practice." 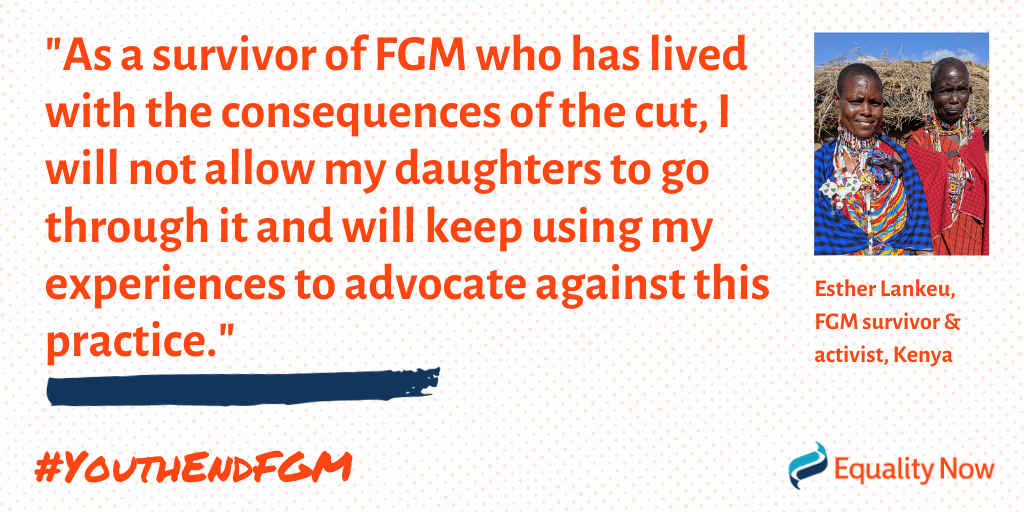 Men have a role to play in ending the practice too. Saitoti Toronkei spoke about the importance of engaging communities across Kenya:

"Because of a sustained campaign on the impact of FGM to our communities, many young men like me no longer believe that we are obliged to marry girls who have undergone FGM. We are gradually moving towards total abandonment of FGM." 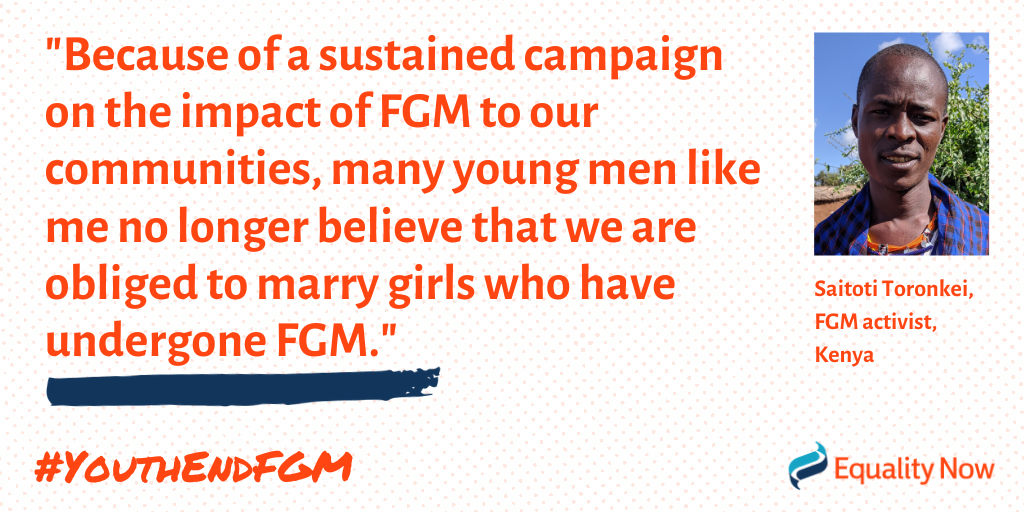 "FGM destroys the childhoods of girls and women. We need to end FGM so girls can live in dignity, free from violence, and realize their full potential.

"Speak up! Even if you are not directly affected, it is important we create a world where everyone has zero tolerance for FGM." 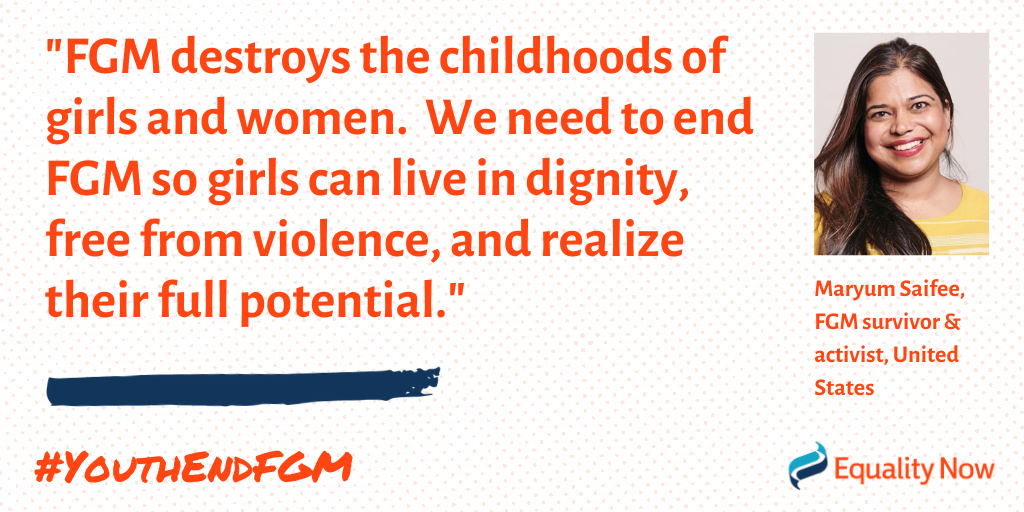 Dorcas Parit from our partner Hope Beyond Foundation urges youth to report potential cases of FGM to protect girls at risk. In Kenya contact Childline Kenya on 116 to access support & connect to law enforcement. 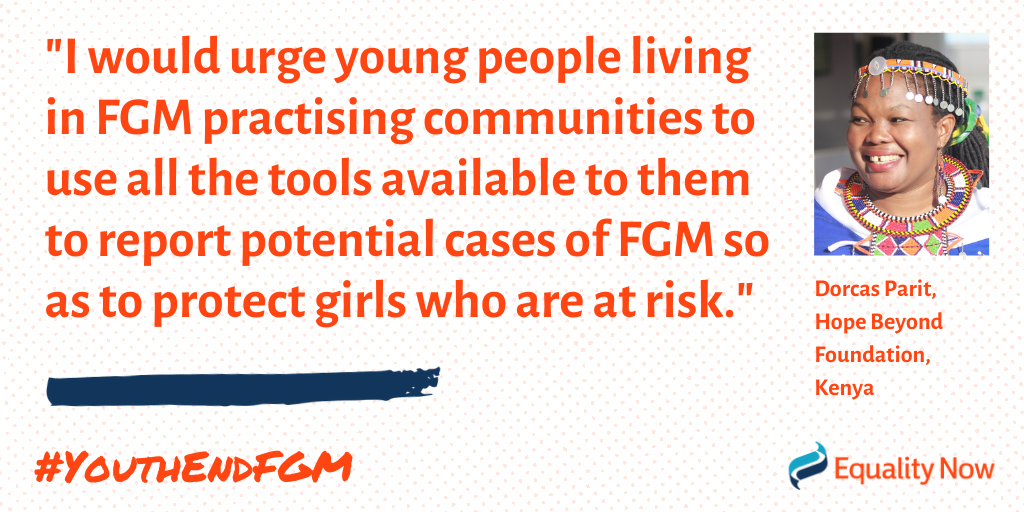 "As a postgraduate student in demography and development, I was already writing about women and was looking for a subject for my thesis. I started reading Waris Dirie's book. When I was looking for the origins of female genital mutilation I was first looking for answers to my questions, and then I realized that the topic was so taboo that even feminists were reluctant to talk about it, so I started working seriously.

In Iranian society, talking about the genitals is a big taboo. Talking about female genital mutilation gave the opportunity for young people to learn more about the importance of female genitalia and the function of its organs. Encouraging young people to ask questions remains part of my mission; what is FGM? Why during all these years that FGM has been done has no one questioned the religious roots of FGM?" 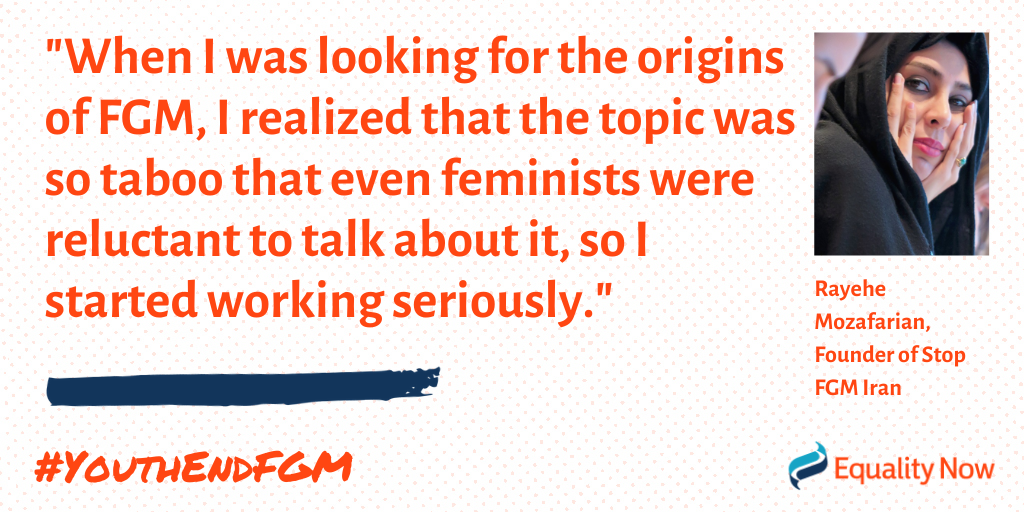 FGM is global, and so is the movement to end it.

Every October 11th, the world comes together to celebrate the...