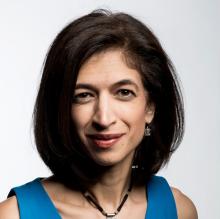 ex officio Global Board; Secretary, Kenya Board; UK Board