Trafficking for sexual exploitation is a global issue

It is the fastest-growing criminal enterprise in the world, worth nearly $99 billion each year, and women and girls are disproportionately affected. According to the UNODC, 94% of victims of sexual exploitation are women and girls.

Though international law and the laws of 158 countries criminalize sex trafficking, the ultimate destination for its victims - the sex trade - is still widely legally and socially acceptable.

Many countries have laws that either fully criminalize, decriminalize, or legalize the sex trade in harmful ways: either they punish those who are being exploited, or openly promote their exploitation by giving traffickers, pimps, brothel owners, and sex buyers a safer environment in which to operate.

Who is most affected by sex trafficking? 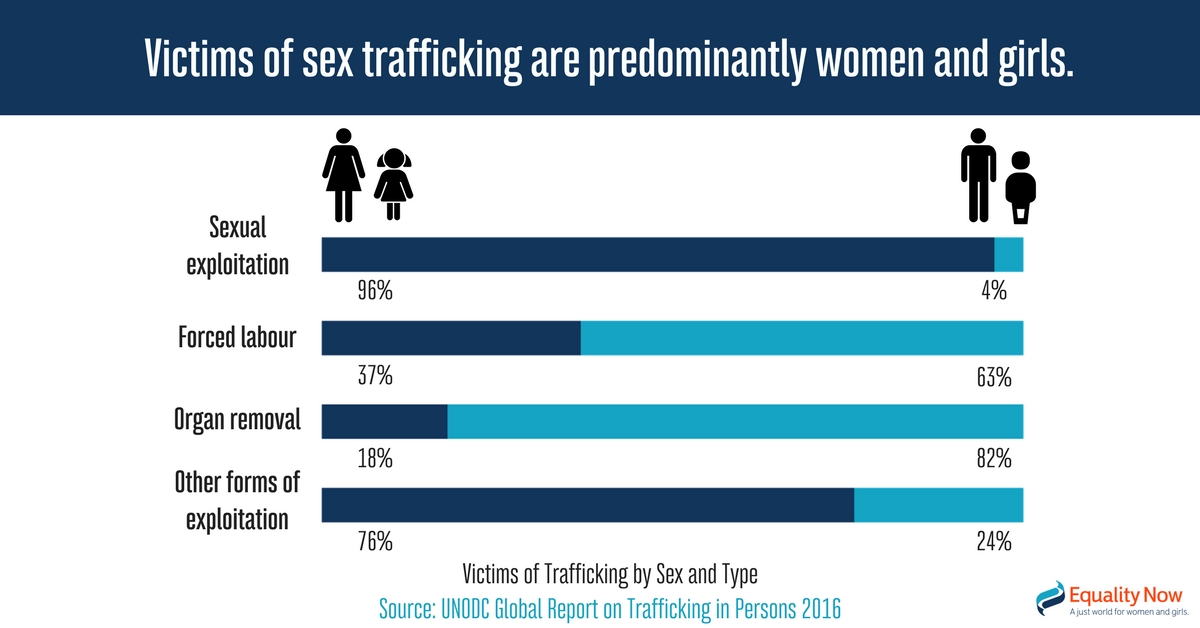 94% of the victims are women and girls.

Young girls are particularly interesting to human traffickers because:

Women who lack access to resources, such as housing, land, property, and inheritance, are at increased risk. Homeless people, LGBTQ+ people, migrants and marginalized racial, ethnic, and socially excluded communities, are more likely to lack access to such resources and be at greater risk, due to the additional levels of discrimination they face in their intersectional identities.

The US National Center for Missing & Exploited Children directly correlated a five-year 846% increase in child sex trafficking reports to the growing use of the internet to sell children for sex.

What support is available to survivors of trafficking?

What is Equality Now doing to end trafficking for sexual exploitation?

In 2001, we led a coalition for the passage of the Palermo Protocol, the leading international guide to combating trafficking.

All our work is based on the principle that it is critical to implement legal safeguards for those who are exploited, ensuring they are protected from harm and are never criminalized.

The role of technology

Sexual exploitation in travel and tourism

Want to join the conversation to end sexual exploitation?