Rayehe Mozafarian set up Stop FGM Iran, after writing her thesis on FGM in Iran in 2014, which was published as a book titled ‘Razor and Tradition’.

I did my thesis on FGM, which I wrote up in 2014, and since then I have continued to focus on this and have started a campaign.

I am 33-years-old. I am not married and I don’t have children. I grew up in Iran in a home that supported women’s rights. My mother is very active. When I was a child, she made me very confident to talk about women’s issues.

My mother gave me a book that talked about female genital mutilation and I wondered whether it might be happening in Iran. I searched the internet but found only a couple of reports and I thought it would be good to go and ask people in the community.

As a Masters student in demography and development, I started asking people about FGM, explaining I was researching it for my thesis. Because I was studying, I had permission to be in the hospital and I saw that women who were giving birth didn’t have a clitoris. For my thesis, I identified 400 women who had been cut, and I have now interviewed over 1000 in total who have undergone FGM.

FGM is happening in Iran

Up to now, there are at least four states in Iran where FGM has been found to be practiced. It is referred to as Khatne (circumcision) or Sonnat (tradition). It is very common in the south but also happens in the west, in some Kurdish areas. It is carried out differently in various regions. The most common is Type I but we have some reports of Type II, it depends on the local midwives and what they have learned.

The age girls are cut varies across Iran

Girls are cut at different ages ranging from babies up to 16 or 17-years-old, or even 21 depending on the area. In Kurdish communities, girls tend to be older when they are cut and the prevalence rate is between 30% and 50%. In the southern region, it usually happens before a girl turns ten years old and it is not very common when they are older.

Cutting is not seen as a high status job and traditional midwives are not medically trained, they learn what to do from their mothers or other family members. The cutting is done at home with a razor. Sometimes alcohol is used as an antiseptic but they are given no pain killers.

Iran is a patriarchal society

Iran is a patriarchal society. There are exceptions when there are some women have a good education and job but this is not common in villages. The same is true in the Kurdish community. In some cities, girls go to school but in villages, unfortunately, the facilities for education are not very accessible and boys and girls have to have separate classes.

In Iran, we don’t have sex education lessons although talking about sexuality isn’t forbidden. Most women don’t talk about their own sexuality, even with themselves. It is seen as taboo and they are embarrassed to discuss their sexual relationship even with their friends.

Some are taught a few things just three days before they get married and there are problems that many women don’t understand until after they have been with their husband. A lot of women don’t know the difference between having good or bad sex. For most, marriage is their first sexual relationship and they don’t know that sex could be better. If they had a chance to experience things differently, they would be able to see what impact FGM has had on them.

FGM is seen as a women’s issue and men think that the woman should deal with it. Most of the time, a man doesn’t ask, it is his mother who speaks to the girl’s mother about it. A husband doesn’t discuss it with his wife and fathers don’t usually insist on their daughters being cut, it comes from the mother.

We have had reports of a girl who was 21-years-old and wanted to get married. The man’s mother said that she would only give consent for her son to marry if the girl had FGM so the girl did circumcision on herself in front of the mirror.

In our workshop with women, we start with teaching about the genitals and what is the function of each part is and the importance of having all these parts healthy. We explain that after FGM, these parts cannot do their jobs effectively.

We have a lot of reports from girls remembering what happened to them, and some have bad dreams and say, “I hate body after circumcision, I am missing a part.”

The midwives that are doing the cutting have been circumcised, they are also victims. Some have found me on social media.

We had a case in 2016 when a couple wanted to have circumcision done to their girls so they went to hospitals where men are cut. The hospitals refused so they went to a local midwife to do it, their five-year-old daughter started bleeding and was in a very bad way. She was referred to the hospital and needed stitches. A local newspaper wrote about what had happened and the prosecutor refused to prosecute.

Other cases are not referred to a hospital or covered by the media so we don’t know what is happening or have information.

We don’t have any reports about medical FGM being carried out. Women can have plastic surgery over 18 but I don’t know how common this is. There is a lot of discussions that genital plastic surgery is the same operation and has the same side effects as FGM, or not!

Female circumcision is not supported by any valid sharia law but some people think circumcision is an Islamic thing that has to be done for both genders. It is believed that if there is a person who is not circumcised, he or she cannot read the Koran, and a woman cannot make food for her family. But in fact, this isn’t in the Koran.

I wanted to change what people think about FGM in Iran so I sent some very important Sunni religious leaders from the south a selection of books and articles saying that female circumcision is not Sharia and doesn’t have to be practiced. I asked them to issue a fatwa – a religious ruling – saying that female circumcision is not obligatory. I didn’t think they would agree but they did, and everyone was shocked.

This was in 2019 and it is a very new happening thanks to our activities focused on trying to break the silence and taboos. We published the fatwa on our website, shared it on social media, and it was included in an important Iranian newsletter. We also published a small booklet about FGM, produced a short YouTube film, and made four radio programs that won an award.

It has been very important to have this fatwa because, with it, we can continue our jobs more easily. After it was issued, other imams and scholars contacted me for meetings.

I framed the letter with the fatwa and it is hanging in my bedroom. Every morning it is the first thing I see and it is important to me because it shows how I can change something in my society. At least now we can start to talk about FGM, if not always openly, at least it is a start.

Another justification is that they don’t want to give up their traditions. They say: “in the past, our mothers and fathers did this because they know something about the positive effects of FGM so we have to continue their ideas.” They also said that calling for an end to FGM is an idea that has come from the West.

Before this, nobody was asking about the religious basis of this operation and now people are starting to understand that it is not Islamic. Discussing FGM openly was taboo but we have been opening up the conversation in this community a lot. They said they didn’t know it was happening in other countries and had no information about what is going on elsewhere. Some didn’t know it was happening in their own village. We are improving their knowledge.

The Iranian government and the law

There is no explicit law against FGM, it is a legal vacuum. There are some articles that talk about genital mutilations generally but not specifically about FGM.

It is a crime to mutilate someone and in Islam, the perpetrator could be ordered to pay blood money but nobody has ever tried as far as I know. There are articles but we cannot use them and there are no legal cases that have been brought.

Children cannot complain against their parents or other family members and so if you are under 18, you don’t have any protection because you have to do what your parents want. If you were circumcised at 8 years old, after you turn 18 you could take someone to court nobody has ever tested this.

In Iran, we don’t have big statistical studies to provide reliable data on the scale and nature of FGM in Iran. We are trying to break the taboos and silence but we cannot collect more information if everything is secretive and security is tight.

If even one more girl is circumcised

I will continue talking about FGM in Iran and improving people’s knowledge. Things are slowly building, we are seeing more discussion, workshops are happening, and now the government knows more about FGM. The situation is improving but after ten years the pace is still slow. I think if it was a different subject, like domestic violence, there would be more interest.

Every year, people talk about how FGM is happening around the world but they don’t pay much attention to Iran and I haven’t been able to get the same support as those campaigning against FGM in other countries.

We need the international community to speak up about FGM in Iran, to support our work, and to put more pressure on the Iranian NGOs. Organizations like UNICEF and WHO, which have important positions of influence with my government, should be pushing for change but they stay silent. Instead, UNICEF says: “we can’t help as the government hasn’t asked us to work on this.”

I set up Stop FGM Iran in 2014, it is primarily run by me and my friends help me when I ask them. I feel more strongly than ever that my steps are in the right direction.

Next, I want to make a legal article in parliament. And I want more workshops for women. If even one more girl is circumcised, it is too many, and I am working with this girl in mind. 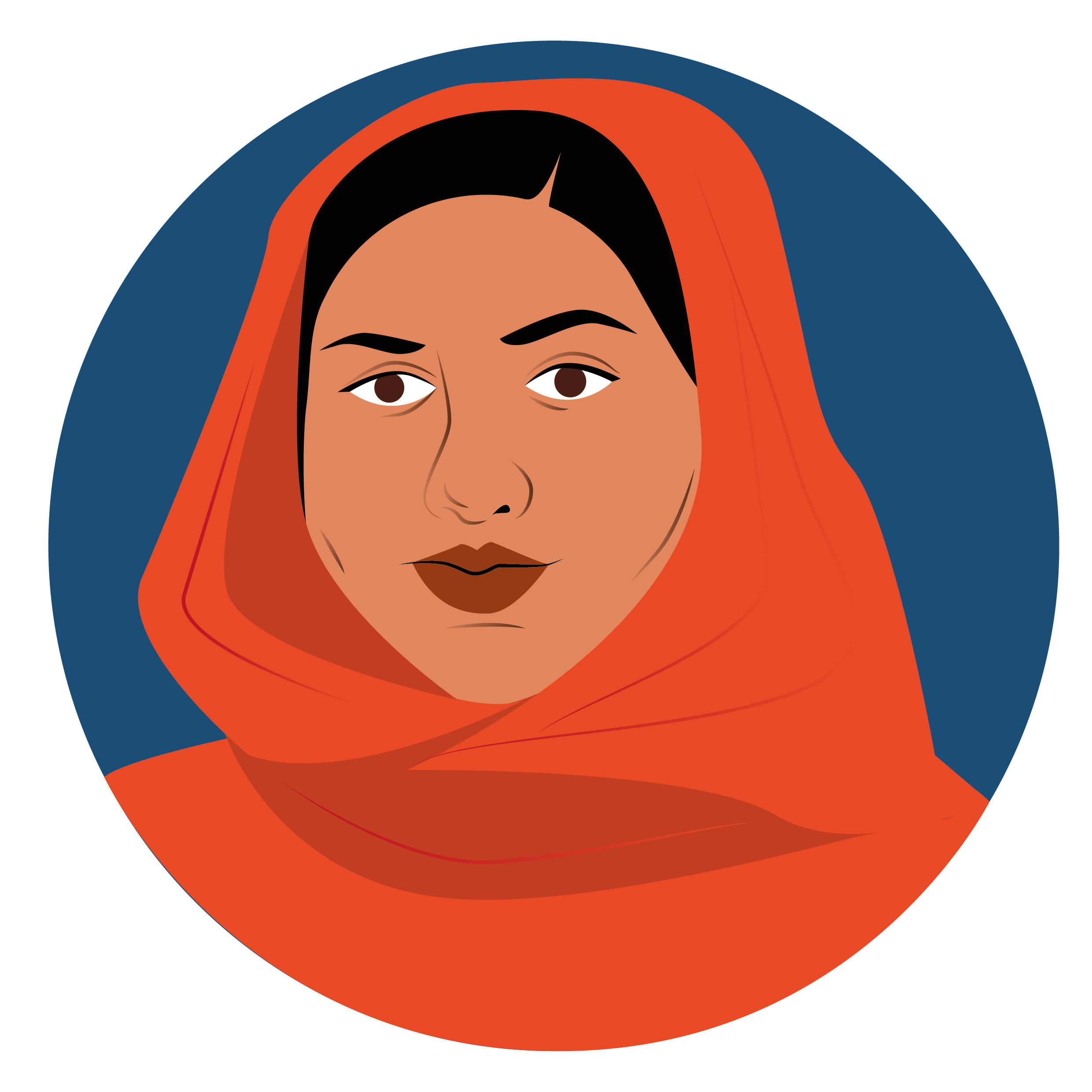