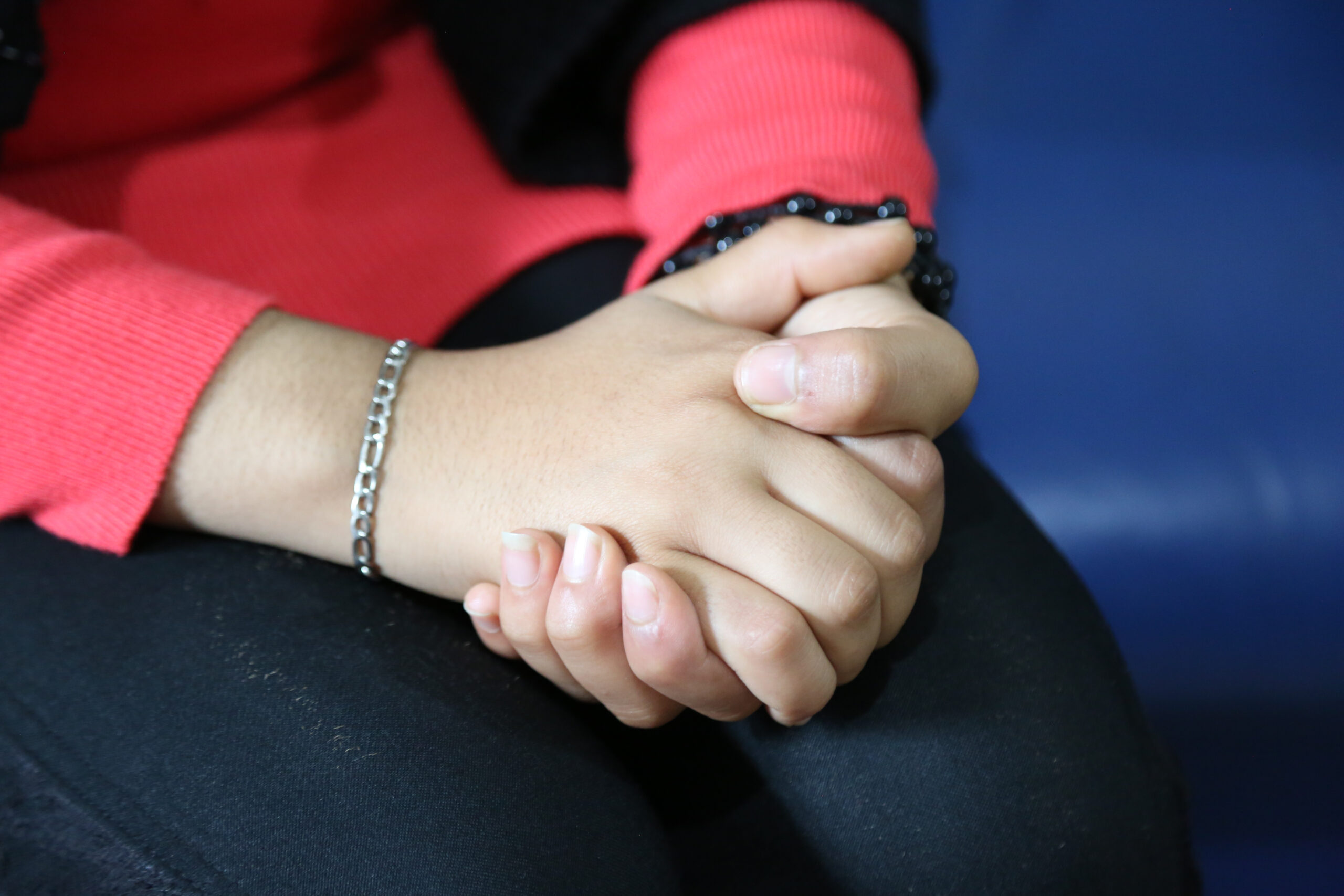 At the age of nine, Asseel* left her native Syria with her family, leaving behind friends and loved ones as the war ravaged her country. Her family began a new life as refugees in Lebanon.

I was nine when the war erupted and our home was occupied by the Syrian Army.

I witnessed everything, bullets all around, explosions and bombs, I could see and hear all of what was happening and I was very scared.

I was 13 when I got married and my husband was 21. I did not know him before and it was an arranged marriage. When my parents first told me I refused but my father insisted. I didn’t want to because I believed I was very young and I didn’t have any idea about marriage responsibilities or how to run the house.

Our parents were friends and his family came to propose…Two months later we were married.

I had to go and live with my mother-in-law. In front of my parents she was very kind but to me she was very mean. She would force me to wake up early at five am to do all the housework. There were lots of people I had to clean up after, my husband, his parents, his two sisters, and their five children. Then my mother-in-law would make me go clean other people’s houses and she would take all the money. I was exhausted and it was a big load for me that I could not afford to carry.

She would often beat me and would always say, “the daughter-in-law will never be like my daughter.” Many times she hit me in front of my husband, he would laugh with his mother and would also beat me using a belt. I felt very oppressed and kept wondering why I had got married so young, things would have been much better if I had waited until I was 18.

The abuse Asseel suffered at the hands of her husband and her mother-in-law mother got worse with every month.

My husband was always bad with me, never nice, and he only listened to his mother. Sometimes I wasn’t able to change my clothes for two weeks. I wasn’t able to get peaceful sleep, and they left me without food for many days.

One day my husband started beating me with an electric cable and said he was going to hang me, and his mother threatened to kill me with a knife. I escaped and ran from their house to my parents. I told them everything and they believed me.

My father held me so tight, he cried with me and said, “you should have told me before, we would have asked for divorce and you wouldn’t have gone through all this pain alone.

Despite her parents’ support, the rest of Asseel’s family was not as understanding.

[I]n our family the concept of divorce was not acceptable…My uncles and grandparents intervened because they wanted me to stay with my husband.

But Asseel’s parents stood by her and, after their daughter’s experience, have changed their perspective on the issue.

My parents have changed their mind completely and refuse to let any of my brothers or sisters get married at least until they are 18…What matters is awareness amongst parents about the issue of child marriage.

I have two younger sisters who are in school…But because I am divorced I am not allowed…My favorite lesson at school was English, but I cannot read or write. I am very sad because I cannot go to school again and I think my childhood is lost forever.

*This story is anonymous and Asseel is not the survivor’s real name.