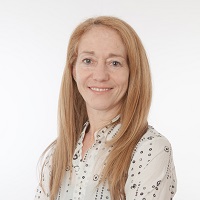 Global Board; Africa Board

Lara Stein is the co-founder and CEO of Boma Global. Prior to that she was the Executive Director of Women’s March Global.

Stein recently acted as the interim Executive Director of MIT ReACT, a new institute-wide organization at MIT dedicated to developing a global educational platform for displaced populations and refugees. Stein also currently sits on the board of Equality Now and Lalela, a non-profit dedicated to education through the arts in South Africa. Recently, Ms. Stein was the Managing Director of Singularity University’s community and global expansion and implementation strategy.

Prior to her time at SU, Ms. Stein was the founder and director of the TEDx program at the TED Conferences. In 2007, she lead the effort to bring TED to the world by developing a program that granted free licenses to third parties to organize independent TED-like events. In the first five years of TEDx, Ms. Stein grew the program into a global phenomenon with more than 40,000 talks given at more than 8,000 TEDx events in 1,200 cities in 133 countries. By Dec. 2013, eight TEDx events, on average, were being organized every day in one of 133 countries. Under Stein’s leadership, TED expanded to include TEDxWomen, TED events dedicated to women empowerment, and the inclusion of youth audience with the creation of the TEDYouth and TEDxYouth. Stein also created the TEDx corporate event platform, TEDx in a Box. While leading TEDx Ms. Stein simultaneously held the position of Director of the TED Prize.

Ms. Stein recently sat on the board of The Lung Cancer Research Foundation