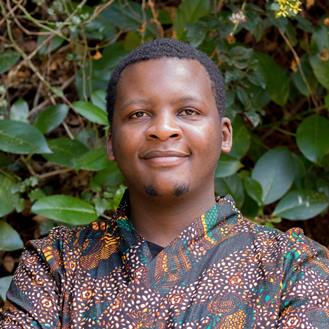 Kennedy Kanyali Mwikya is a public policy specialist with over five years’ experience in equality law, international cooperation on human rights, and social and economic rights in Africa. In previous roles, Kanyali has supported efforts aimed at increasing women’s representation in Kenya’s legislative institutions, promote LGBTQI rights in regional and international human rights forums, raise awareness on the pervasive role of ethnocentrism in Kenya’s political system, and promote efforts to democratize public policy-making in a variety of local, regional, and international governance spaces. Kanyali has a Bachelor of Laws degree from Kenyatta University.

Kanyali believes in an intersectional approach in efforts to dismantle legacies of control and violence against women and strives to centre women and girls in activism and organizing in this regard. He is inspired by generations of Black and African women who, in their own special way, worked to ensure that spaces exist for current generations to overcome the last bastions of violence and discrimination against women and girls.