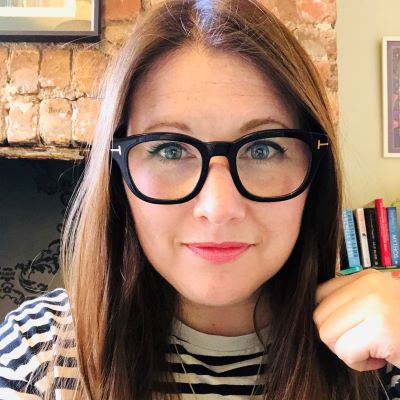 Emma Thompson joined Equality Now in November 2017. Emma has spent nearly two decades developing creative marketing, brand and communication campaigns for not-for-profits organizations. Beginning her career at one of world’s biggest cancer research charities she then moved on to work on three general elections at the Labour Party in the United Kingdom. Most recently, Emma served as the Marketing Director at the Royal Society for Blind Children. She holds a B.Sc. in Politics from Plymouth University in the UK and is accredited from the UK’s Institute of Direct Marketing.

Emma counts herself lucky to have grown up surrounded by women who pushed against sexism. Through them she learned the importance and duty of speaking out against gender inequality and social injustice. Emma is particularly inspired by her mother, Elizabeth and her Godmother Thelma, who as best friends since the 1950s have railed against everyday sexism and sailed past the expectations put on them. Her favorite quote is by Baroness Alicia Kennedy, “Never assume someone else is doing it.”

Outside the office, she enjoys laughing, hanging out with her rescue cat, Arthur and talking politics with family and friends.