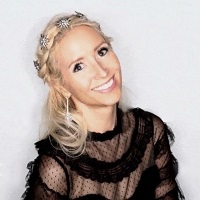 Chandra Jessee is an activist, producer and venture investor.

She is the Founder and President of the InMaat Foundation, which focuses on supporting charities that promote gender equality. Chandra is an Executive Producer of several documentaries including the Emmy nominated “Hot Girls Wanted,” award winning “Sexy Baby” and current festival favorite “Roll Red Roll.” She also Co-Produced the award winning documentary “Frame by Frame.”

Chandra is very active philanthropically and is also a Board Member of Vital Voices. She’s on the advisory board of Virgin Unite and an active member of TED and supporter of their Fellows program.

In addition to personally investing in companies started by women, Chandra is an investor in and member of The Helm, a fund that invests in female founded startups.