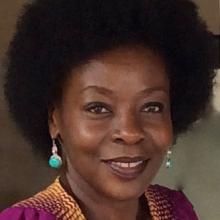 Guided by the belief that effective growth occurs when you change yourself, Patricia has carved a stellar and conscientious media career path for over 16 years. Her journey began in Nairobi’s first commercial radio station, Capital FM before she set her sights on the possibilities that lay in television. One daughter and two pilot shows later she became the creator and content driver of the first pan-African produced talk-show format, The Patricia Show, that was broadcast across the African continent, in Europe, Asia and the USA between 2009 and 2012.

She has served on and steered a number of high-level plenaries on issues as varied as leadership, women and girls, agricultural value chains, building scientific capacity in Africa through to how creatives are shaping the continents future. A few of her esteemed partnerships include African Leadership Network, Bill and Melinda Gates Foundation at Women Deliver 2013, African Academy of Sciences/ Grand Challenges Africa, UN Women and Women Inspiration and Enterprise (WIE).

Patricia’s work has been feted in both Forbes Africa (Top 40 Most Powerful Media Personalities 2011) and Forbes Afrique (2015), Le Monde (France) and in The New Africans series on Brazilian television. She lends her voice in support and action with a number of initiatives both locally and internationally including being a Signatory and Individual Champion of the Girl Effect’s ‘The Girl Declaration”.

Driven to engage in efforts that employ a more holistic view to modern day issues on the African continent, specifically social development and cultural identity, Patricia is currently developing avenues in which her creative vision can be more effectively utilised through accessible media storytelling.

Patricia is a closet artist who loves hugging her daughter, practicing yoga, regularly exercising her green thumb and reading psychology books for pleasure.