One Year On: How the lives of girls in Sierra Leone have changed since their historic victory at the ECOWAS Court - Equality Now

In December 2019, the Economic Community of West African States (ECOWAS) Court of Justice found Sierra Leone's ban that prohibited pregnant schoolgirls from attending school to be in violation of the right of pregnant girls to education. In March 2020, the government of Sierra Leone lifted the discriminatory ban. To mark a year since this historic judgment, we caught up with Hannah Yambasu,  Executive Director of Women Against Violence and Exploitation in Society (W.A.V.E.S), one of our partners in the filing.

What has the situation been like for Sierra Leonean girls since the verdict last year?

We have two schools of thought in the country – those that support pregnant schoolgirls and believe that they should be allowed to attend school and those that are against them. We are slowly getting people on board to being supportive, though changing perceptions around social and gender issues is not easy.

When we were fighting against female genital mutilation (FGM), there was a lot of opposition. People thought that it was a western agenda but we now have many more people believing in the elimination of FGM. We are facing the same challenges with regard to the acceptance and normalization of pregnant school girls attending school. While it is seen as a controversial issue by some people, we will not back down in advocating for every girl's right to education.

The verdict set a precedent for pregnant school girls attending school without any limitations. Locking girls out of our education system is a double violation of their rights because some are victims of sexual abuse or sexual violation. I believe that we will realize change one step at a time.

We cannot leave any girl behind and we will intensify our efforts by continuing to urge the government to put in place strategies that will ensure that all pregnant school girls are allowed to go to school and to have access to equal opportunities in education.

What did the verdict mean for girls in Sierra Leone?

For me, the verdict meant that girls would have access to education without any limitations – that if any school girl conceived and wanted to go back to school, then school authorities would not prohibit her from attending school. Schools must be willing to accept and take pregnant school girls to class. We will continue fighting for girls so that they can freely access education.

The lifting of the ban by the government was a big step in the promotion of equal rights to education for girls. We have for the first time since the ban was effected, seen pregnant schools allowed to sit for their final exams.

I am seeing changes. The government is looking at the issues that we are raising. This is a win - the children have won.

How has COVID-19 impacted girls in Sierra Leone?

The government lifted the ban against pregnant schoolgirls in March 2020. But by this time the COVID-19 pandemic had already begun. We had to slow down our campaigns to get girls back to school but we have picked up the pace and remain committed to pushing for girls’ right to education.

We borrowed heavily from the lessons that we learned during the Ebola crisis and put in place mechanisms that protected our girls from being violated during the COVID-19 period. Because of this, our girls have not been as widely affected by measures imposed to curb COVID-19 as they have been in other countries.

What does the future hold?

I see a bright future for our girls as long as we don’t relent. If we continue pushing for girls' rights, we will see change. The more we engage girls individually and collectively, urging them to demand more from the government, the community, and themselves, the more we will see change. 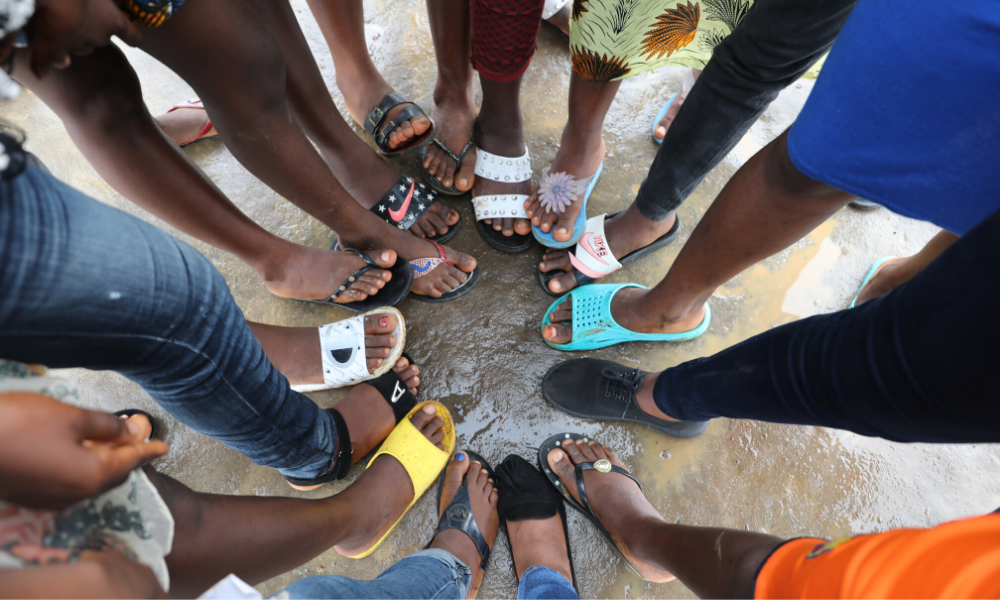