Nita is the East Africa Correspondent for the Thomson Reuters Foundation. She covers, disaster, conflict, environment, human rights and slavery. In 2017 the Society of Publishers in Asia awarded her Journalist of the year. She spoke to us about her inspirations, challenges and hopes for the future.

It’s the ordinary people I meet every day and the stories they tell me – which can be both disturbing and inspiring. There are those who face social injustices - from widows stripped of their land and property, young girls who have been sexually exploited,  to gay and lesbian people who face daily persecution. And there are also those who have endured the worst and have survived to inspire others – such as abused wives who have taken to the courts to fight their husbands, elderly tribal leaders who have changed their patriarchal attitudes and are now leading the way in ending harmful practices such as female genital mutilation, and even refugees who have fled war in Somalia and have now become plastic waste warriors in the refugee camps where they live.

While I see so much injustice through my work, I also see a lot of hope and this is what keeps me going, I guess. 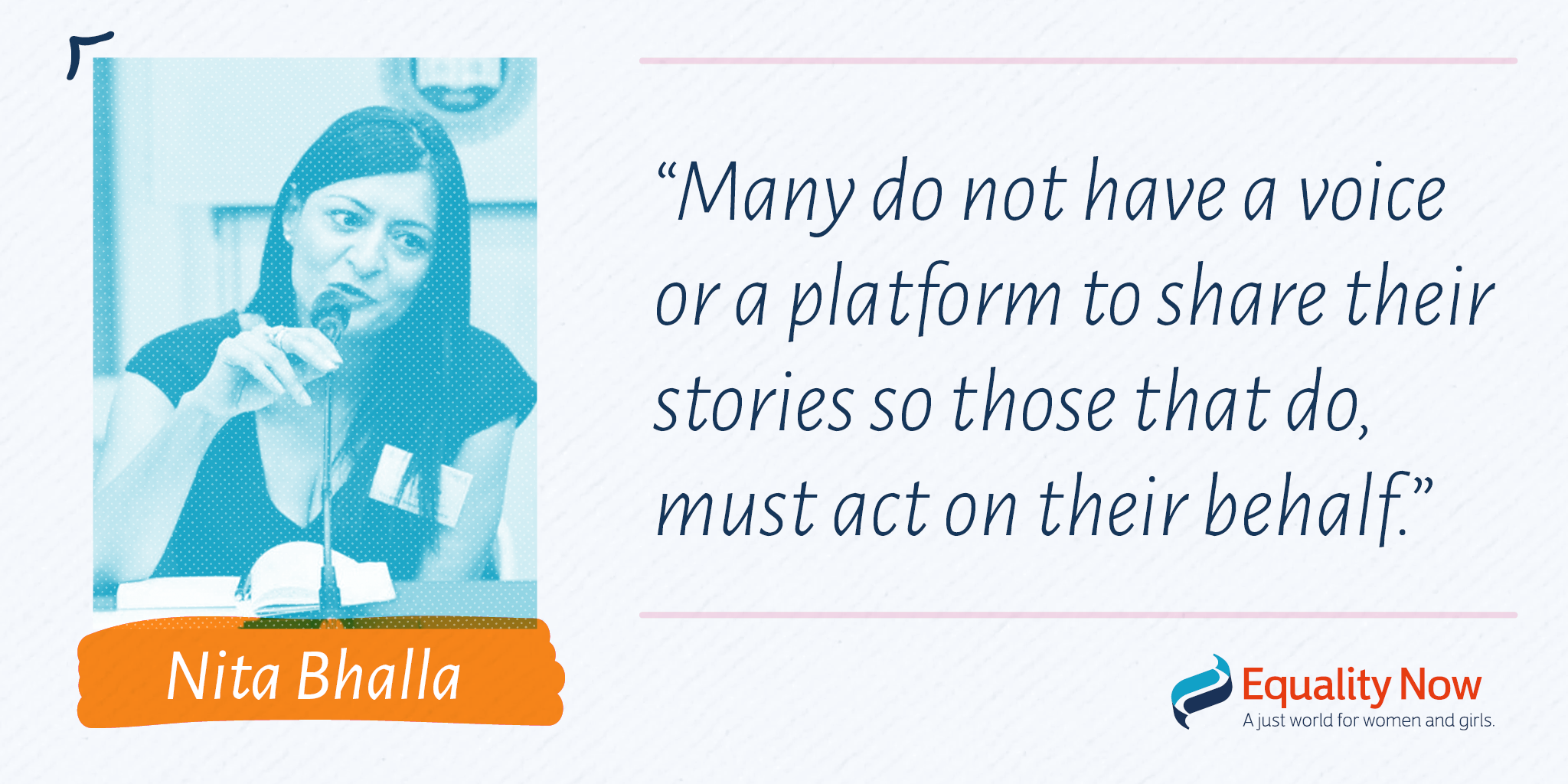 The greatest challenge as a journalist covering human rights issues in East Africa is verifying information and ensuring that what you are reporting is accurate and balanced. Access to government officials is often difficult as many do not want to comment on reports of human rights violations. In some cases, even those suffering abuse and persecution are often afraid to speak out fearing repercussions. So one often struggles with the urgency to report the story and create awareness about an issue and at the same ensuring that the information provided is accurate and impartial and that your source is protected.

The one thing we should all do is keep speaking about the issues we are passionate about - be it gender equality, human trafficking and modern day slavery, climate change or land rights. We are all a platform to raise awareness and have a responsibility to share the information and knowledge that we have.

There are many who do not have a voice and platform to share their stories so those that do, must act on their behalf. As Albert Einstein famously said: “Those who have the privilege to know, have the duty to act” and I firmly believe that.

Nita speaks out about issues she is passionate about through her journalism, sharing Noura’s story with the world. Noura was forcibly married off against her will at 17. The man she was married to, proceeded to rape her with the aid of three male relatives. When he subsequently attempted to rape her again, Noura defended herself and the man died in the ensuing struggle. Noura Hussein was sentenced to death in a Sudanese court earlier this year. However, her sentence was overturned following international outcry from activists like Nita demanding #JusticeforNoura.

Despite having her death sentence overturned Noura remains in prison. Working together, we can secure her freedom.