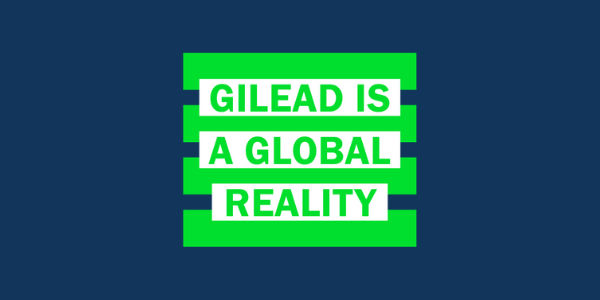 We want to live in a world where women and girls are not at risk of female genital mutilation (FGM) or other harmful practices. Tell us about the world you want to live in with #TheWorldIWantToLiveIn on social media.

“…Things will be so much easier for you now,” Hulu’s The Handmaid’s Tale’s Aunt Lydia tells Emily during the climactic scene in season one when the latter wakes up from what it quickly emerges is state-sanctioned Female Genital Mutilation (FGM).

Needless to say, things are anything but easier for Emily in Gilead.

At least 200 million women and girls alive today have been subjected to FGM and every year at least 3.9 million girls globally are at risk of undergoing FGM. The practice is recognized as a violation of the human rights of women and girls under international law, and yet it continues to happen on every continent across the world, with the exception of Antarctica.

There is no medical benefit to FGM and whether it is performed during a ritual ceremony without anesthetic, as is common in many parts of the world or in a “medical” setting, such as where FGM was carried out on Emily, the practice can cause women and girls lifelong harm.

Women and girls who have undergone FGM face what can be excruciatingly painful sexual intercourse and menstruation, persistent urinary tract and other infections, less or no sexual satisfaction, and an increased risk of complications during childbirth, and harmful effects to their mental and physical health. Like real life survivors of FGM, the trauma and side effects of the violation she experienced continue to stay with Emily, even after she has escaped to Canada.

From the United States to India to Liberia, millions of women are living with the lifelong consequences of FGM. While FGM occurs on every continent and across all cultural, religious and socio-economic groups, it is always about controlling women and girls’ sexuality. Just as Emily was subjected to FGM after her affair with a Martha was exposed, women and girls are subjected to FGM as a way to control their bodily autonomy.

‘“FGM is not just about cutting the clitoris, it is about suppression, control and indoctrination,” says Adama, from The Gambia and now living in the United States. “When you cut me, you are telling me that I cannot enjoy my sexuality. It is totally wrong.”

Martha, who is now an anti-FGM campaigner and activist is also a survivor and former cutter herself, recalls being subjected to FGM at age 14. “It was very painful, and I was told to stay still and not complain, otherwise I would be known as a coward.”

FGM can never be undone, but as those who have seen the most recent season of The Handmaid’s Tale know, clitoral reconstruction is emerging as a possibility for some survivors. This kind of operation is very new and still requires further study and research, but eventually may provide survivors like Emily the chance to make active decisions about what happens to their bodies after being robbed of that choice

For over thirty years, Equality Now has been committed to working toward an end to FGM everywhere, but to move forward in our efforts to eradicate FGM, every one of us must to commit to engaging in discussions around gender equality within our families, communities, social networks, and at the national and international level. Because that’s exactly what it will take: every one of us. Everywhere.

Equality Now is proud to partner with Hulu’s The Handmaid’s Tale as we work toward a world we all want to live in – a world where no girl or woman is at risk of harmful practices like FGM. Don’t you? Let Us Know with #TheWorldIWantToLiveIn and #WakeUp on social media.

Watch The Handmaid’s Tale Season Three now on Hulu in the United States and on Channel 4 in the U.K.

The World I Want To Live In