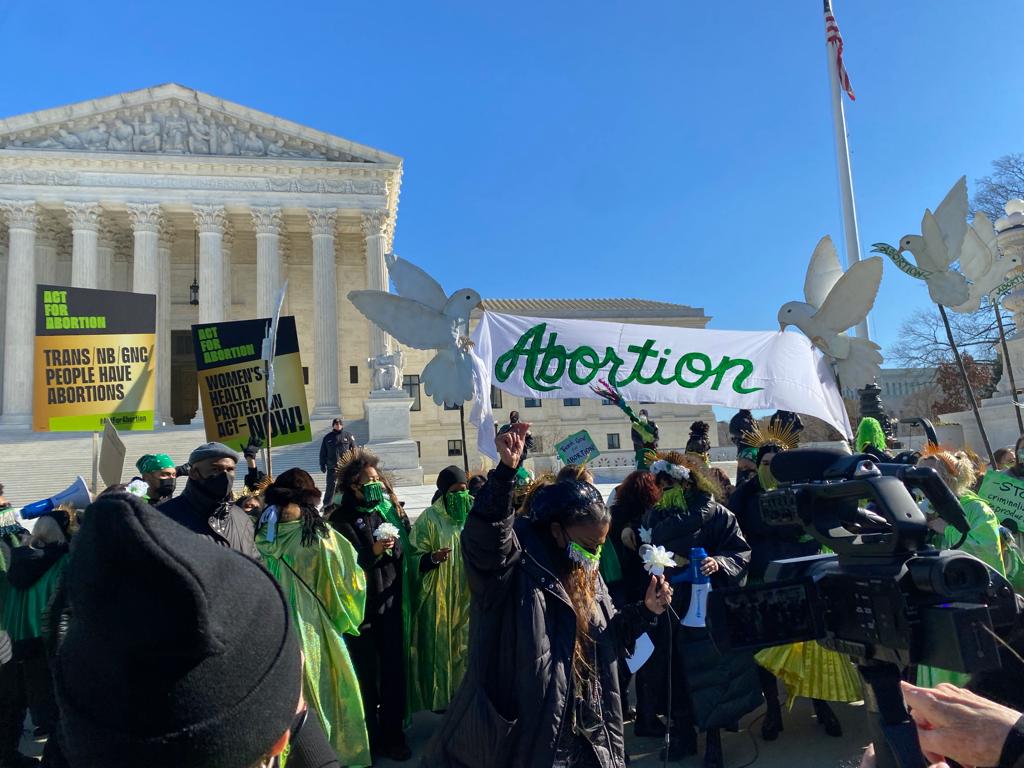 Equality Now considers reproductive rights – including the right to bear or not to bear children –  an integral component of the right to equality on the basis of sex.  This decision of the Supreme Court to overturn nearly fifty years of precedent by deciding in favor of Mississippi today is an egregious and dangerous violation of women’s autonomy and equality.

We are outraged that in 2022 women are not trusted to make decisions about their own bodies. We are outraged that the Supreme Court of the United States has condoned forcing any woman or girl to remain pregnant against their will. We are outraged that Black women, economically vulnerable women, LGBTQI people, and other marginalized populations will be disproportionately impacted by a decision made by six people.

International human rights law is unequivocal: decisions about your body are yours alone, making access to abortion a fundamental human right. Make no mistake, cutting off access to abortion has nothing to do with the sanctity of life. The decision to overturn Roe v. Wade is about continuing a legacy of patriarchal control over reproduction and society writ large. Curtailing reproductive rights will have a cascading effect that will leave women, girls, and marginalized genders vulnerable to a slew of other abuses and harmful practices.

We have seen how draconian abortion bans have played out in countries like El Salvador and Poland, where women are imprisoned for obstetric emergencies or die because they are unable to terminate a life-threatening pregnancy. Instead of following the global trend of liberalizing abortion laws, the decision reached in Dobbs vs. Jackson Women’s Health Organization shows that whilst the rest of the world is recognizing that reproductive rights are human rights and that abortion has a significant impact on gender equality, part of America does not value that truth.

Equality Now is especially concerned about the impact that this decision will have on survivors of sexual violence. Abortion bans across the country have proliferated over the past decade and many of these state laws fail to even make exceptions for pregnancies that are the result of rape. Forcing a rape victim to remain pregnant is unconscionable and constitutes a form of torture. This country already punishes survivors of sexual violence by too often refusing to believe them when they report and through the numerous legal barriers that prevent access to justice and accountability. Must we also deny them the right to regain control over their bodies?

While the United States positions itself as a global leader, decisions like the one made today reinforce the truth that the country lags behind in protecting and defending equality. The US is a global outlier when it comes to constitutional equality since its constitution fails to include explicit protection from discrimination on the basis of sex or gender. Incorporating the Equal Rights Amendment (ERA) would bring the country in line with the 85% of countries that include such clauses and should have shielded the right to abortion from changing political winds.

Additionally, the United States has refused to ratify the UN Convention on the Elimination of All Forms of Discrimination Against Women (CEDAW), an international treaty that establishes an international bill of rights for women and girls. The CEDAW Committee, which makes sure every State Party upholds it, has routinely made it clear that restricting reproductive rights, including abortion access, violates a woman’s human rights and has held States responsible for reneging on that responsibility. Now that Roe v. Wade has fallen, it is more urgent than ever that we advocate that the United States ratify CEDAW and incorporate the ERA.

The reproductive rights and justice movements are working tirelessly to ensure that all persons have access to abortion. We remain in deep solidarity as they carry this fight forward.

If you seek financial or emotional support in getting an abortion, especially in states where abortion will no longer be legal, here is a list of organizations that can assist. For those who have the ability, please consider making a donation to help fund the fight for equitable abortion access: