You made this happen! The Draft Political Declaration, which will hopefully be adopted at the UN General Assembly High Level Meeting in September, commits to equally prioritizing sex trafficking. With women and girls making up 96% of all sex trafficking victims, this is critical. Thank you for speaking out!

26 US States and Counting

In July, Michigan became the 26th state to pass anti-female genital mutilation (FGM) laws, following April’s historic arrests and prosecutions! To our US supporters: Check whether your state has anti-FGM laws, and if not, raise your voice!

In June, Tanzanian President John Magufuli shockingly stated that girls who become pregnant should not be allowed to return to school. We immediately rallied with our partners to fight back. The story quickly gained international attention, and also cited the larger issue of sexual violence against school girls. Following outreach, the African Committee of Experts on the Rights and Welfare of the Child (ACERWC) issued a joint letter of appeal to President Magufuli.

Saudi women have been waiting on a ruling that would give them more control over their own lives. Earlier this year, the King issued a royal order to loosen restrictions of the male guardianship system. However, though a final decision was due at the end of July, women are still waiting to learn their fate. Renew the call to stop treating Saudi women as lifelong minors! 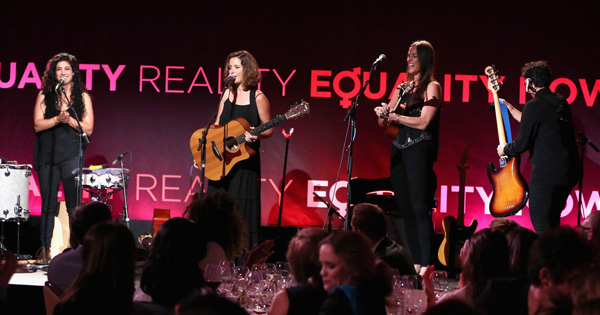 On 27 July, Gucci America and Equality Now hosted a panel at the Gucci offices in New York City featuring five powerful and dynamic women who are working to inspire and define everyday activism. Global Executive Director, Yasmeen Hassan, moderated a passionate conversation touching on everything from how to use diverse platforms to support women and girls, personal activism inspirations, advice for the next generation and Wonder Woman!