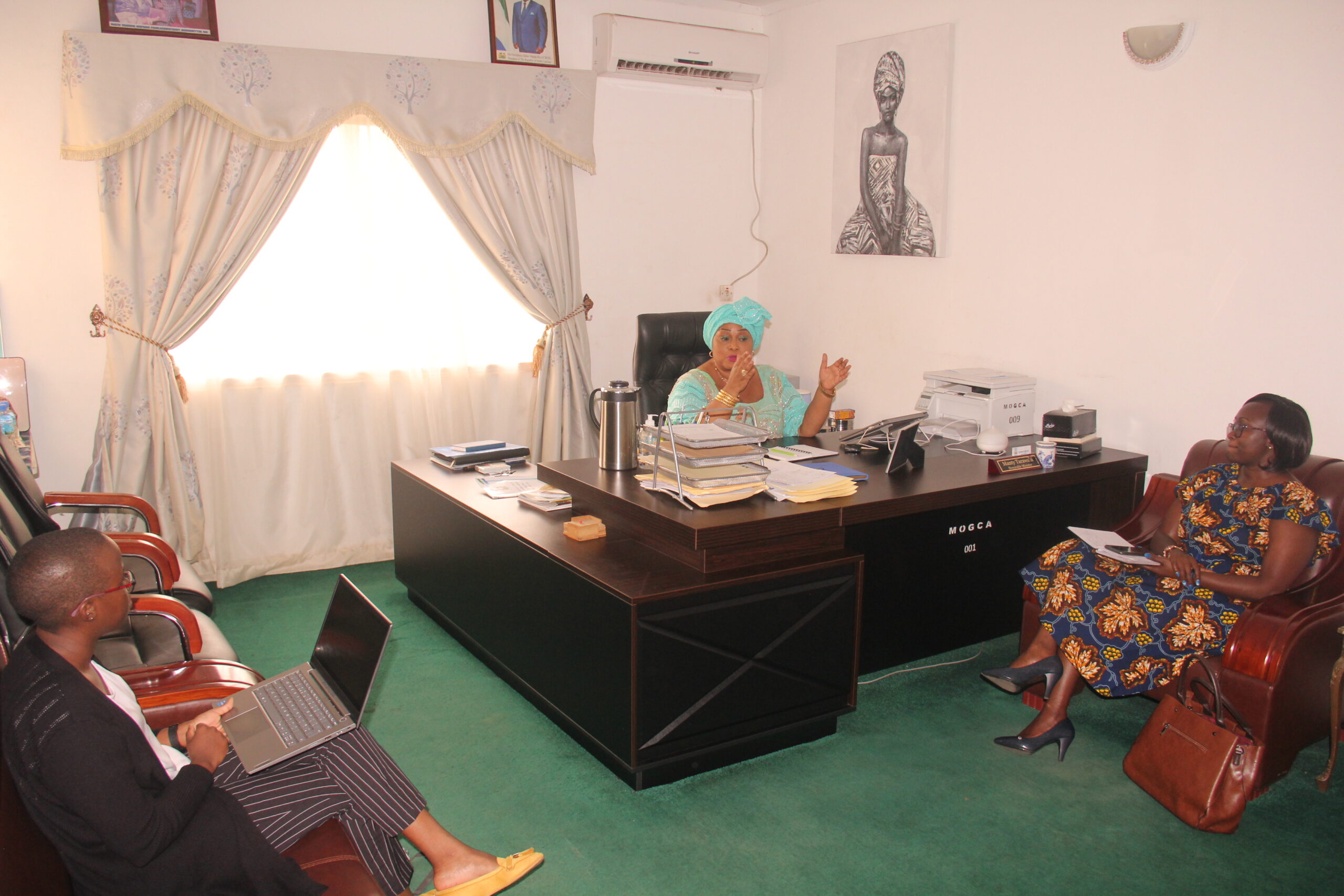 As part of our campaign for the enactment of a specific law criminalizing female genital mutilation (FGM) without exception to age,  Equality Now visited Sierra Leone at the end of February 2022 for high-level engagements with state and non-state actors in the country.  The discussions stressed the importance of the government to institute a legal framework offering protection from female genital mutilation (FGM) and adopt holistic interventions that strengthen the voice of its women and girls to speak out against this human rights abuse.

Commitments and discussions with decision-makers and duty bearers

During the meeting with Hon. Madam Manty Tarawalli, the Minister of Gender and Children’s Affairs, she affirmed the government’s commitment to advance the elimination of FGM starting with the protection of girls in Sierra Leone through an amendment of the Child Rights Act to prohibit FGM for minors.

The Assistant Inspector General (A.I.G.) of Police and Director of Crime Services, Williman Fayia Sellu, and the Solicitor General, Robert Baoma Kowa Esq., were open to strengthening access to justice for survivors of FGM and their families by ensuring investigation and prosecution of perpetrators in instances of death by utilizing the existing laws in the country.

We also held high-level discussions with Commissioners Patricia Narsu Ndanema and Simitie Lavaly, the Chairperson and Commissioner of the Human Rights Commission Sierra Leone (HRCSL) respectively. A key outcome of this meeting was the need for a partnership with Equality Now to strengthen the capacity of the HRCSL through training to enable it to fulfill its mandate to promote and protect human rights in the country and facilitation of learning exchanges with the Kenyan Anti-FGM Board to strengthen its implementation of the multi-sectoral approach (MSA) to end FGM.

The team also met civil society organizations and other stakeholders such as the Dean of the Faculty of Arts of the University of Sierra Leone, Dr. Aisha Fofana Ibrahim; the UNICEF Child Protection Specialist in Sierra Leone, Yuichiro Yamamoto; the Co-founder of Purposeful, Chernor Bah; and the UNFPA Country Representative, Ibrahim Sambuli, to discuss collective advocacy to push for the enactment of a specific law prohibiting FGM and collaboration for the implementation of programs geared towards eliminating FGM.

Collective advocacy is an opportunity to end FGM while applying the multisectoral approach to push for laws and policies protecting women and girls in Sierra Leone.

Ending FGM through the law

Sierra Leone has ratified the Protocol to the African Charter on Human and Peoples’ Rights on the Rights of Women in Africa (the Maputo Protocol). The Protocol requires State Parties to prohibit all forms of harmful practices, including FGM, and take all necessary legislative measures to eliminate them.

The Government of Sierra Leone must therefore enact a specific law prohibiting FGM without exception to age, and create a protective and enabling environment where dialogue and discussion around total abandonment of FGM can thrive. The government has to further sanction politicians who use FGM as a political tool to promote or sponsor the practice during an election period.

The Government of Sierra Leone’s pledge to review the Child Rights Act to include clauses on, ending child marriage as well as criminalizing FGM for minors is a welcome step. It should be coupled with the government holding discussions with all stakeholders in order to reach common ground on the issue and ensure that FGM is criminalized for women and not just minors.

Ending FGM is a collective responsibility and Equality Now looks forward to continuing to work together with state and non-state actors across Sierra Leone to end FGM and protect the rights of women and girls.