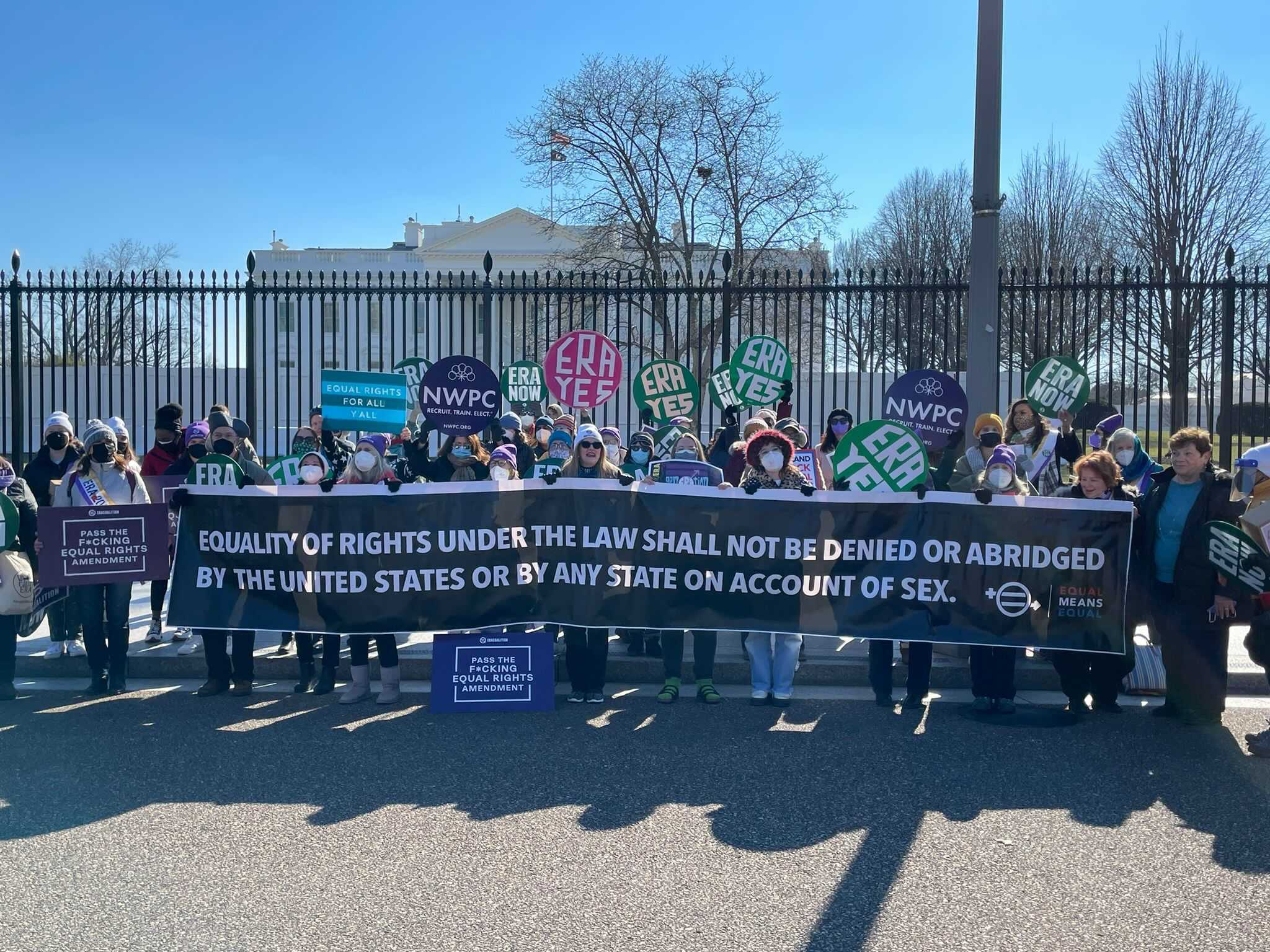 Today, our Legal Advisor Jorie Dugan spoke in front of the White House on the urgent need to incorporate the Equal Rights Amendment into the US Constitution once and for all. Read her remarks in full below:

The United States likes to think of itself as a global leader, ahead of the curve when it comes to championing democracy and human rights. But we all know that the myth of American exceptionalism is just that – a myth, and that we in fact have much to learn from the rest of the world. This is especially true when it comes to constitutional equality.

The majority of countries around the world have recognized that:

It is past time that the United States recognizes these truths as well.

Arguments like “we already have protections for women and girls, we don’t need a special amendment” and “The Equal Rights Amendment wouldn’t actually impact the everyday lives of Americans” don’t hold up to empirical evidence from around the world.

These are real and tangible outcomes that have improved the lives of women and girls and helped to shatter misogynistic barriers that stymie all people.

The US has ratified the International Covenant on Civil and Political Rights, which requires it to take all steps necessary to end to sex discrimination and ensure that the law prohibits discrimination on the basis of sex. Without the ERA, the US constitution is out of compliance with international law and human rights standards. The only way to remedy this is to certify the ERA NOW.

The United States must no longer stand apart in failing its citizens. It is time the US guarantees the fundamental right to equality on the basis of sex in its Constitution.

When it Comes to Constitutional Equality, the United States Lags Behind the Rest of the World