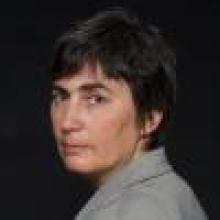 Jessica Neuwirth is one of the founders and Honorary President of Equality Now. From 1985 to 1990, she worked for Amnesty International and subsequently for Cleary, Gottlieb, Steen & Hamilton, specializing in sovereign debt restructuring. She has also worked in the United Nations Office of Legal Affairs and as Director of the New York Office of the High Commissioner for Human Rights. She served as a special consultant on sexual violence to the International Criminal Tribunal for Rwanda for theAkayesu and Musema judgments, and worked again for the ICTR on the Mediajudgment. As a guest lecturer in 2005, she taught international women’s rights at Harvard Law School. As Special Advisor on Sexual Violence to the UN High Commissioner for Human Rights in 2010, she organized the UN high-level panel on reparations for victims of sexual violence in the Democratic Republic of Congo. She holds a J.D. from Harvard Law School and a B.A. in History from Yale University. Photo: Lynn Savarese.