Fraidy Reiss is an internationally recognized expert on forced and “child marriage.” Growing up in an orthodox religious community in New York, Fraidy was 19 when her family pressured her into marrying an abusive man. With limited education, no job or income, and two children to provide for, she had to overcome huge challenges to escape her marriage and build a new life.

Motivated by her own experience, Fraidy went onto setup Unchained at Last to help others affected by forced and “child marriage.” It is the only dedicated organization in the USA providing direct support services and advocating for legal change.

Now a trained journalist as well as an activist, Fraidy’s articles have been published in The New York Times, The Washington Post and numerous other high profile publications, and she has played a leading role in shining a public spotlight on forced and “child marriage” across America.

On December 10th Equality Now and Unchained at Last are launching The National Coalition to End Child Marriage. We spoke to Fraidy about her activism. 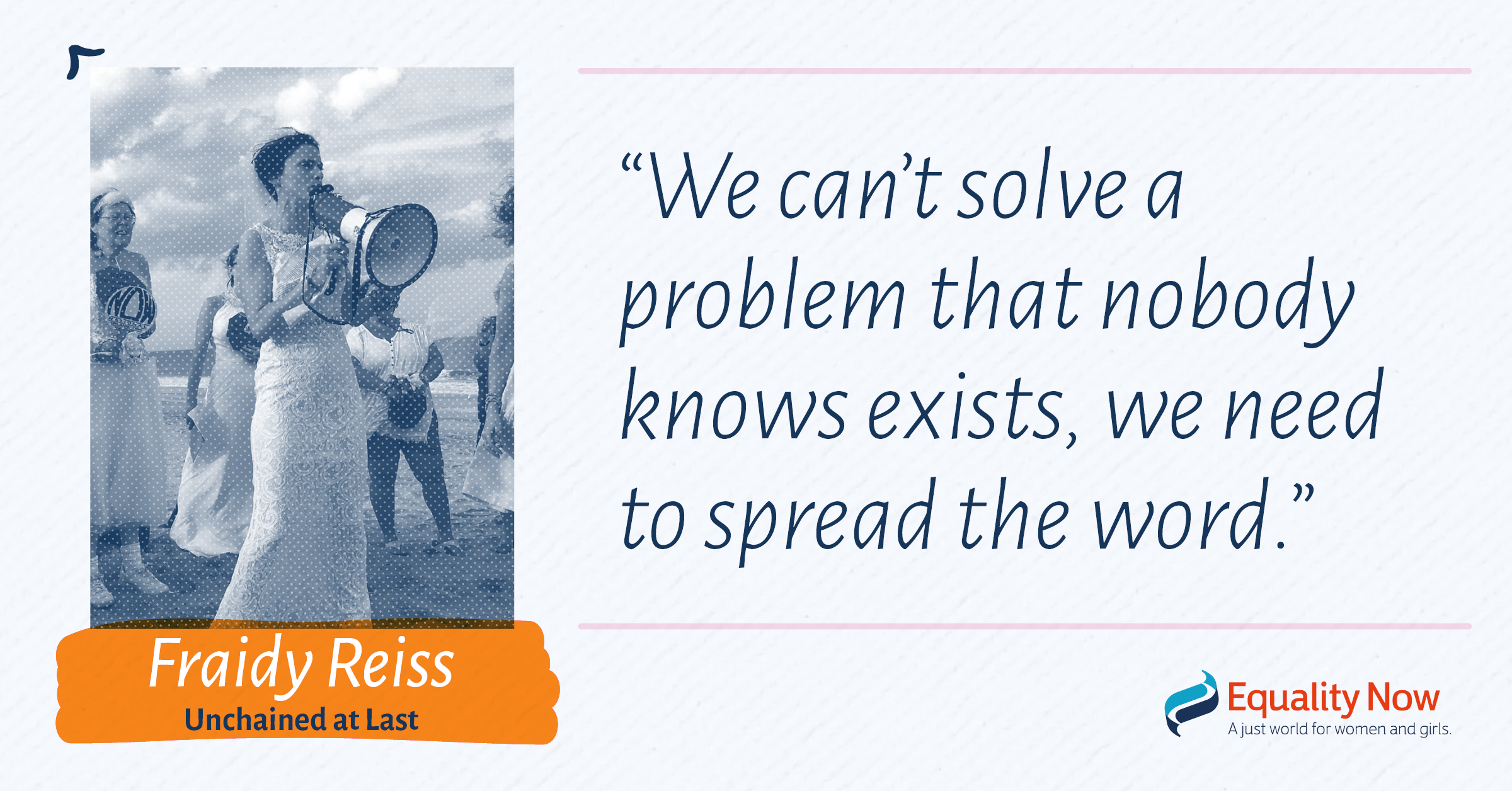 It takes a village to end child marriage and we can’t solve a problem that nobody knows exists. We want people to spread the word, to call on the federal government to act, and to send a strong message to all states that we need laws and policies in place that protect against forced and “child marriage”.

Fraidy has worked tirelessly since 2011 to close loopholes in state laws which allow girls to be married at any age so long as a judge or guardian consents. Today Equality Now and Unchained at Last together launch The National Coalition to End Child Marriage.

You can support the launch by adding your voice.

Every October 11th, the world comes together to celebrate the...