We are aware of at least 92 countries* across the globe where there is currently available evidence of women and girls living with FGM/C or who are at risk of having FGM/C performed on them. 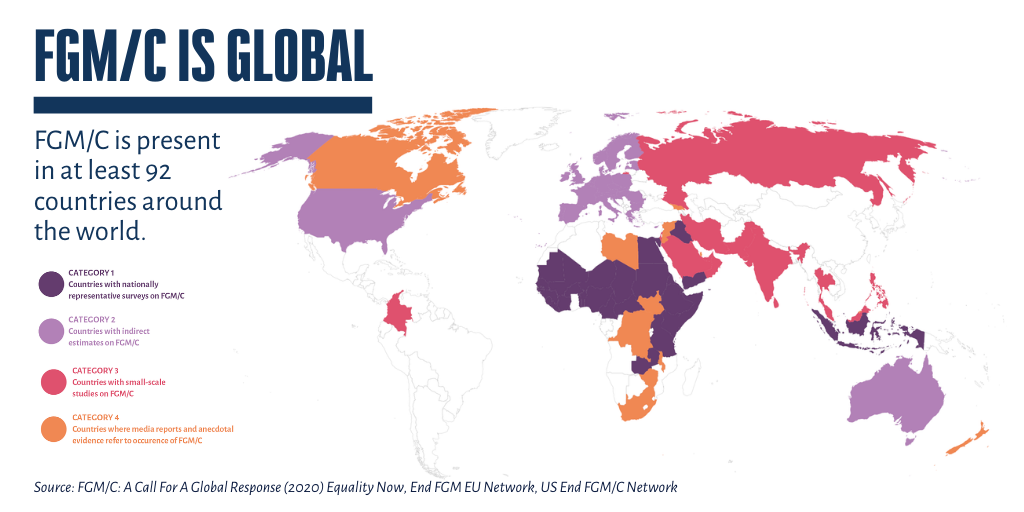 * This information is correct up to January 2020. Read the full list of countries here.

*** Egyptian law also specifically prohibits female genital mutilation. However, Egypt has been included as part of Africa as opposed to the Middle East for the purposes of this report.

**** Cyprus and Georgia have passed specific prohibitions against female genital mutilation. Though Cyprus and Georgia are sometimes considered part of Asia, they are included within the European continent for the purposes of this report as Cyprus is a member of the EU and Georgia is a State Party to the Council.