Where are women living with the consequences of female genital mutilation or at risk in the Asia-Pacific region?

The Orchid Project and Malaysia-based regional feminist NGO, the Asian Pacific Resource and Research Centre for Women (ARROW), who are supporting the development of the Asia Network to End FGM/C have established a platform of NGOs, activists, and researchers across the region to build stronger relationships and collaboration between organizations working across the region. 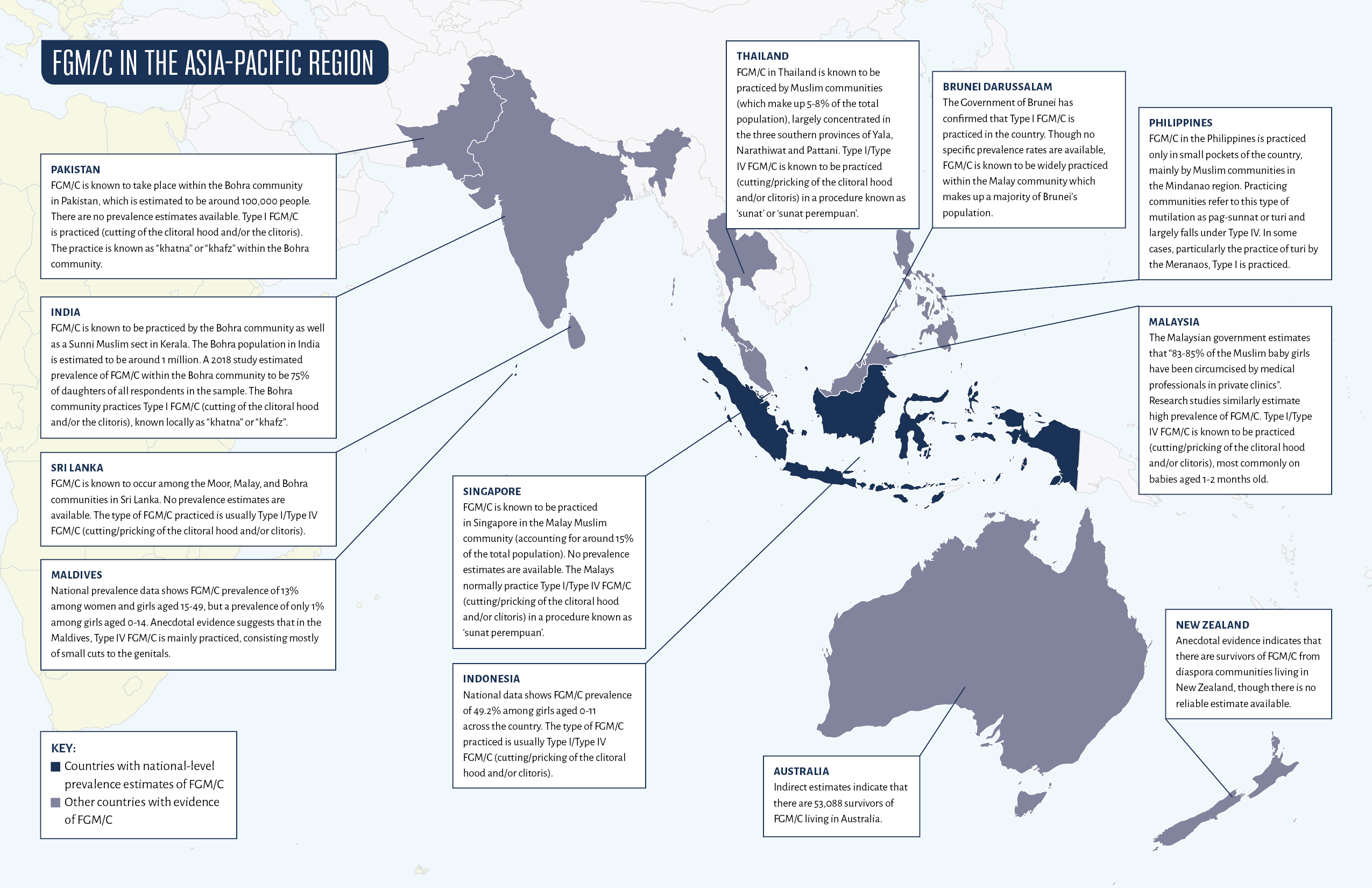 Learn more about the Asia Network to End FGM/C.

Female genital mutilation is global, but so is the movement to end it.