Where are women living with the consequences of female genital mutilation or at risk in Africa? 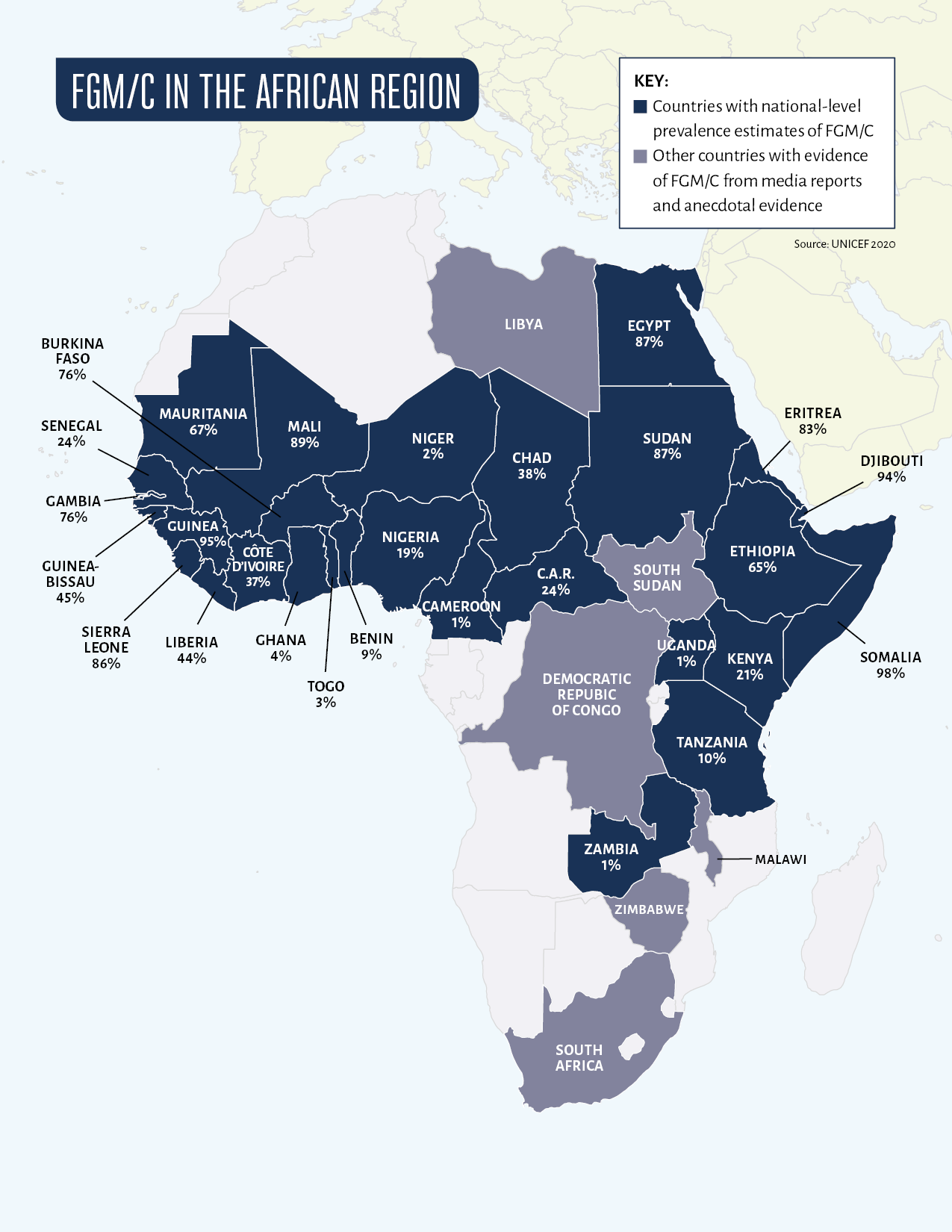 Are there laws against female genital mutilation in Africa?

Female genital mutilation is global, but so is the movement to end it.